Was Jesus subversive? I am convinced he was!

He was tried, condemned and executed in the same way as dangerous rebels against the imperial and religious status quo.
He was crucified by the Roman Imperial authority with quiet support from the leaders of his own religion. I believe that, in essence, the authorities understood him well and they felt appropriately threatened.

I believe that Jesus intentionally subverted the corrupt, pompous, abusive Temple religion.
I believe that Jesus intentionally subverted the brutal, arrogant and exploitative Roman Empire.
He opposed everything and anything that was unjust, abusive, degrading and untrue.
His primary instruments of this subversion were peaceful, nonviolence, blessing, forgiving, healing, and self-giving in love. But that did not make him any less subversive; actually it made him even more so!
The authorities recognized it and decided to get rid of him, or at least they thought so. Their intimidating brutality worked for thousands upon thousands of crucifixions, but somehow it did not work this time. This one particular cross jolted the world from its axis. And it happened not by any power, but by weakness. You see, Jesus is subverting even the traditional images of God (Omniscient, Omnipresent and Omnipotent, and External to the world)! Jesus’ cross undermines it all.
I believe that God is present and active in the world, not through any divine power, but in the divine weakness of self-giving love. For that very reason of the weak divine presence, Holy Friday is so important and meaningful.

A donkey and The Beast

This Sunday we will celebrate a special event in Jesus’ life. His joyful, prophetic and playfully political entry to Jerusalem just before Easter.
Interestingly, an international news report from Jerusalem this week can help us better appreciate Jesus’ and early Christians’ sense of humor, their point of view and their hope-laden message.
Earlier this week the President of the United States arrived in Israel for a state visit. He came on board of a special presidential plane (Air Force One) and his special presidential limousine was flown onboard another plane to carry him from one function to another. But the car broke down before the President arrived. Mechanics had hard time putting the car on a flatbed tow-truck because all the armor and classified gadgetry made it so heavy. Allegedly the Secret Service calls this vehicle “The Beast”. And it is a real beast indeed as officially it makes just 9 miles to the gallon, and don’t we all know how it is with these official numbers?! Thankfully, they keep several such “beasts” in the White House stables, because before that day was over, another identical limo was flown in. The President could ride into Jerusalem in another thirsty Cadillac Behemoth.
Please, understand me well, I do not question the need for the security and privacy of any president, least of all the American. This was certainly a small incident in the president’s travel, but because it happened at this particular time of the year and at the entry into Jerusalem, the poignant difference between The Beast and a she-donkey can hardly go unnoticed. And please understand me well again, I do not think that this has anything to do with the president as a person, and everything to do with the timeless imperial institutions and structures (those societal realities which apostolic authors called ἀρχαὶ καὶ ἐξουσίαι  “principalities and powers”).
The timing of this presidential vehicle hiccup was just a coincidence, but I am convinced that the story of Jesus’ entry to Jerusalem was deliberately modeled on similar ancient ceremonies of pomp and circumstance. The entire story is built around the contrast between the official diplomatic protocols of the earthly empires and the spontaneous joyful welcome to the arriving kingdom of God.
Days before “The Beast” broke down I called my Sunday meditation “Carbon-Neutral Visit” not knowing how funny and timely it would get (Church staff and some friends can confirm this.) Come this Sunday to celebrate coming of the spontaneous, gentle, hope-filled, different, and clearly alternative world of God. 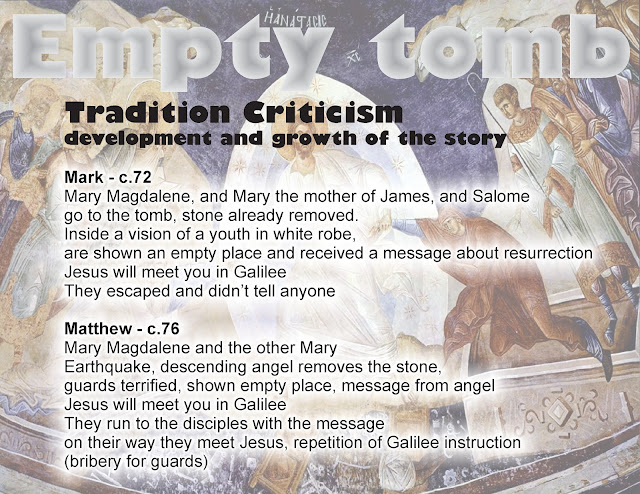 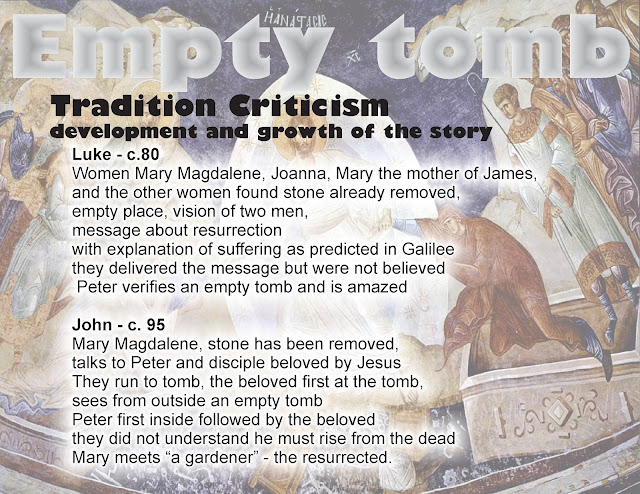 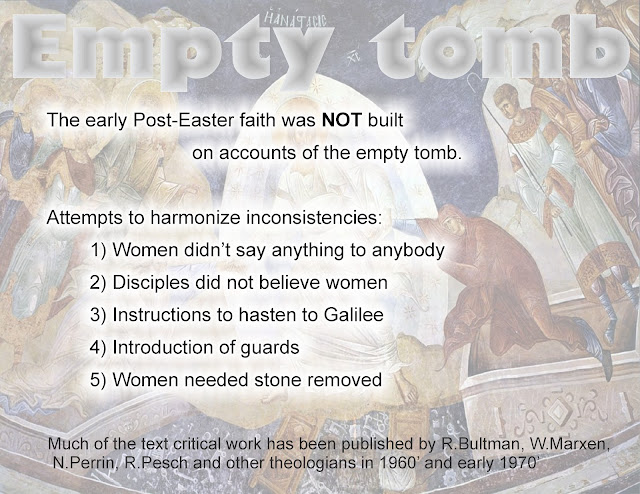 Do you think that plants can hear and understand us?
What a silly question? They do not have ears or nervous systems to process these sensations.
Of course they cannot hear us! But when I moved as a minister to my first church, behind the manse and next to the church was a small neglected courtyard and in a narrow passage between a shed and the sanctuary grew an old plum tree. It was badly beaten by life, partly crooked, partly stooped, with a number of broken or dead branches. No one had taken care of it for very long time, at least for a generation. It was that kind of old traditional plum tree (Damson or Damascene they call it) with small purple shrunken fruits. Except there had hardly been any fruits on it. Ever! I was told that for years that whole tree would grow about a dozen little lonely plums and most of them would fall to ground before they ripened.
When we moved in, we cleared the courtyard of the clutter, started to cultivate a lawn and were planning to put in place a terrace for some small church gatherings. I remember vividly standing one early Spring afternoon under the plum tree with the Clerk of session, custodian and some other gentlemen talking about the plan and also wondering why that ugly tree was still there. That Spring it was too late in season to cut it down. It is immoral, not to be done, to fell a tree after the sap just starts flowing. We resolved to cut this fruitless, ugly, nonsense tree first thing next autumn. It never happened. That year the plum tree was almost breaking under the weight of fruit. We spent several days harvesting that little tree. Every willing parishioner received a basket of plums. We dusted off some old plum recipes. I made my own "Povidla" (plum butter). The Session half jokingly discussed making our own Church’ "Slivovice" (Plum Brandy). And on the Google Satellite Map (The tree is under the green arrow) I see that the tree is still there and it makes me happy.
So can trees hear us, can plants understand? I do not know. This experience would almost suggest they possibly can, but it could also be just pure coincidence, or perhaps result of other influences like cleaning the yard, cultivating the grass and simply people being around. I wish to think that it was not out of fear, but because that tree became happy for having more company.
Jesus of the gospel of Luke is said to tell a parable about a fruitless tree, which shares an almost identical setting and introduction with my plum tree story. It is a parable about special granted time, about repentance, about a radical change of mindset (what French call mentalité). Come on this Fifth Sunday in Lent, accompanied by stories of fruitless tree, we will seek a new, non-anthropocentric outlook for our faith, we will seek to trace the outline of new eco-theology. 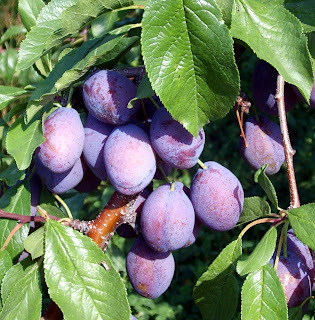 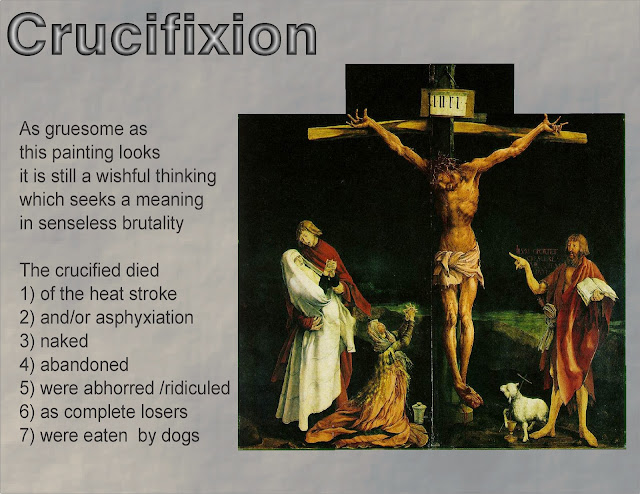 Where in Manhattan are the most expensive apartments located?
Well, most likely they are on the top floors. These top floors might be swaying in strong winds, but they are most likely to have nice vistas and a greater degree of privacy and quiet. These apartments are more expensive only because modern tall buildings are equipped with fast and efficient elevators. In New Testament times, Hellenistic apartment buildings (called Insulae) did not have convenient elevators and thus, just like in old tenement houses, rooms in the upper floors were the least desirable and thus cheapest. Unscrupulous landlords and developers neglected maintenance, disobeyed zoning and building codes (believe it or not Hellenistic cities had these norms - they existed in Rome) and overcrowded upper floors. Buildings were top-heavy and prone to collapse. In the Gospel of Luke (the most deeply rooted in Hellenistic culture of all the Gospels) Jesus is said to comment on some similar urban tragedy - a collapse of a building/structure (tower) in Jerusalem with eighteen casualties. And then he says: “unless you repent, you will perish in a similar way.” That is a surprising conclusion, isn’t it? How could repentance possibly prevent the collapse of buildings? Either Jesus was stark raving mad, or he perceived God, whom he called Abba (loving father), as a dark, abusive, vindictive killing monster, or . . .? Or! All our traditional religious as well as cultural understanding of repentance might be quite seriously wrong.
This Sunday we will search for Jesus’ model of repentance, a repentance which originates in the change of heart, a repentance which is deeply spiritual, and yet can keep buildings and infrastructures from collapsing. Come and join Jesus in culture-jamming penitence (liberating it from old-fashioned and tendentious religious prejudices).
For too long, "repentance" and "penitence" have been into individualistic exercise, to keep people down, to make them isolated, submissive and obedient... That was not what Jesus meant! His repentance was action driven, change oriented, collective exercise, in their time to change building codes, in our times opposing injustices of our society for instance by addressing and challenging the city housing and homeless policy.