Luther and the Devil

Reformation Sunday is coming up.
Ein feste Burg ist unser Gott, ein gute Wehr und Waffen.
Will be sung again in many churches.
A mighty fortress is our God a bulwark never failing.
It is “a battle hymn” of Lutheran reformation.
It is thick with references of fight against the powers of Evil, the Ancient Foe, a grim Prince of Darkness, the world filled with and under the control of the Devil. From Luther’s own sermons, table talks and letters we know these were not mere metaphors reserved for his earthly enemies. Luther believed in the physical existence of the Devil and furthermore, he underwent a number of hallucinatory episodes when he saw or experienced the presence and certainly talked or rather had shouting matches with the Devil. With a gusto Luther also blamed the Devil (rather than his German diet) for his own chronic constipation and kidney stones.
History textbooks, and Sunday School lessons are mostly quiet about it because when Luther spoke about the Devil, his normally colorful language became outright obscene (coprolalic). But from the uncensored Martin Luther we know that he not only hallucinated the Devil, but also engaged with the Devil in shouting matches full of obscenities. From his own words and from testimony of his close friends we also know that at several occasions in his life Luther was throwing at the hallucinated Devil not only scatologic words, but the very smelly stuff itself.
And that is something you might not know about Martin Luther.

Luther might had been a father of Reformation ushering in the modern times and sensitivities but his own world-view and his personal religiosity were permeated with the contemporary vulgar German culture and infused with the late-medieval superstitions and prejudice. We must not hide this truth.
Luther remains an important theologian and reformer and at the same time a conflicted, highly troubled, deeply prejudiced and vulgar medieval German hick. How is it possible? How does it go together? It remains a historical mystery and Luther himself would probably refer to a miracle of divine grace.
Come this Sunday as we combine themes of Reformation and Halloween and observe Luther in his relationship to witches. Luther’s deeply troubling superstitions can help us fend off prejudices in our society and culture. 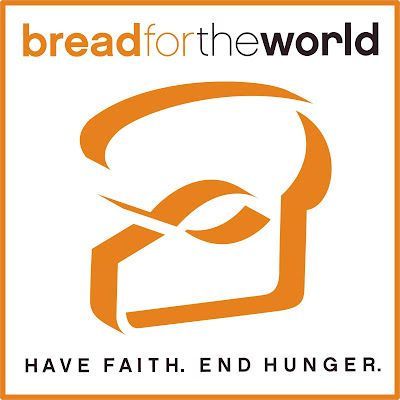 This Sunday (the 21st of October) in worship we will be doing something different. Joining the Bread for the World organization we will participate in their anti-hunger initiative, joining their campaign  “offering of letters”.  Integral part of our worship will be dedicated to letter writing. That is actually a very Christian thing to do. Letters has been a formative part of our faith.
The oldest part of the New Testament were the letters of apostle Paul. There are seven genuine letters of Paul (Romans, 1st  + 2nd Corinthians, Galatians, Philippians, 1st Thessalonians, Philemon).
Letters were so popular among early Christians that at least two different schools of Paul’s followers also wrote in Paul’s name. Thus in the Bible we also have seven so called Pseudo Pauline letters (Ephesians, Colossians, 2nd Thessalonians, 1+2 Timothy, Titus, Hebrews).
And in addition there were further letters written even later, up to the second century, in the name of other apostles. Those are seven Pseudoepigraphic letters (which means falsely attributed letters - these are James, 1+2 Peter, 1+2+3 John, Jude).
Thus in the New Testament , out of 27 distinct writings there are 21 letters! Some are genuine, some are fake, some are only called letters, nevertheless 78% of NT books are labeled as letters. Letters were and remain an important part of our Christian faith.
Join us this Sunday as we continue in our worship this long letter-writing tradition. This Sunday we will be writing to our elected representatives asking them, from the center of our faith to end, or at least limit, the scourge of Hunger.
No comments: 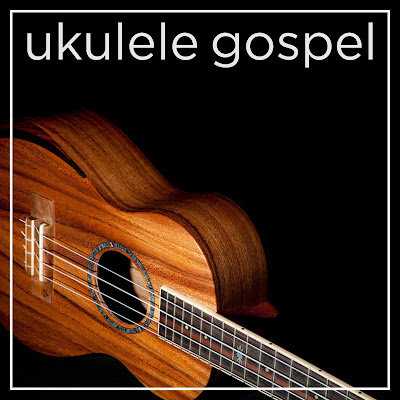 I love Hawaiian music. I love its unique musicality, its special, so-called, slack key tunings. Hawaiian songs are enchanting, whimsical even mystical. They are sweet and gentle, infused with tropical fragrance and inspired with the spirit of Aloha. I believe that the musicality of the Hawaiian language has something to do with it. It is one of very few languages with ONLY open syllables. Hawaiian words and sentences simply want to be chanted or sung.
But if you look into the lyrics, you realize that words are not only melodious, they are like deep enigmas, they have layers and layers of meanings. Even the simplest songs are far from trivial. On the surface they are about flowers, beaches, waterfalls, breezes ... but underneath are hidden treasures of meaning. Stringing flowers in a cold night is about passionate love (Ahi Wela), clinking of shiny shells is not only an adorable lullaby but celebration of motherly love (Pūpū Hinuhinu). And these are just common and expected metaphors.
We can progress and find a ditty about rains, breezes and other weather phenomena which captures the geography of the entire island (Hilo Hanakahi). And furthermore, a famous love song about Waipio Valley waterfalls (waterfalls stand for lovers) can also teach us respect and love of the local nature (Hi‘ilawe). And in another song, beach-sand is made into a reminder of Hawaiian patriotism (Hawai‘i Aloha) while a melodious song which opens with a line about “the Famous flowers of Hawaii” is in fact a powerful protest-song against American military occupation and colonialism (Kaulana Nā Pua).
Even a Hawaiian Christian hymn or song often contains some surprising message. On the surface it might be just a simple paraphrase of the biblical text, but under the surface is this deep spiritual intuition and radical social justice message easily matching the cutting edge scholarship.
Join us this Sunday as we open the “Ukulele Gospel” and let it reveal the new insights from the story of Jesus and the Rich Man (Iesu Me Ke Kanaka Waiwai).

Ethos of the First Reformation and the Kavanaugh hearing

1) Swearing or taking an oath at the beginning of the hearing would be totally against one of the original core values of Waldensian ethos and theology. (Waldensians rejected this pivotal part of the medieval oppressive power-system by quoting direct instruction of Jesus: "Let your word be 'Yes, Yes' or 'No, No'; anything more than this comes from the evil one." Mat 5:37)

2) An attempt to rush the process without actually searching for the truth, as diligently as can be done, goes against the very ethos of Waldensian, Hussite and Reformed tradition! Jan Hus' maxim was Pravda vítězí! (in Czech) or Veritas vincit! (In Latin) which, in English, means: Truth prevails!

3) Therefore, goals can never justify the means among those who are heirs of the First Reformation. Our spiritual forebears were painfully aware that wrong means always lead to wrong ends.

4) Respect for women was deeply rooted especially in the early Waldensian and Hussite traditions - it included leadership roles of women in these reform movements and respect for their social, legal and religious standing.

5) The followers of Peter Waldo and some followers of Jan Hus (Unitas Fratrum - among which I count myself) rejected every form of violence (which would certainly include any violence, or tacit justification of violence, against women.)

6) The followers of Peter Waldo and Jan Hus were not total abstainers from alcohol, but they detested excess in every way.

7) They rejected any forms of arrogance and entitlement based upon wealth, class or even education. This is what the ancient description of the Waldensians reads: "Naked they follow the naked Christ."

8) And one closing remark: Calling on the name of God to support one's own political perspective, as one senator did at the close of the hearing, borders on blasphemy.
No comments: