The empty tomb - that is the quintessential Easter story. Female and later male disciples going or running to the tomb and finding the stone rolled away with the tomb empty and hearing from angels about the resurrection.

Within the gospels, in their narratives, in their storylines that is the first time we hear about Jesus’ resurrection. And it absolutely makes sense. If resurrection – then we start with an empty tomb. First things should come first. - But they hardly ever do!

Theologians have known for centuries that the empty tomb story was quite a late arrival to the Easter narratives.

After Jesus’ horrific death, disciples started meeting with him again, and they were empowered by him, they were transformed by him, their view of the world completely changed.

That is how it started, but at the earliest moments they did not have language to speak about it. Even the use of the word resurrection was not automatic and instant. It took some time to settle.

By the time apostle Paul wrote to Corinthians around the year 50, the word resurrection was established. But Paul still did not know about the empty tomb.

The story of the empty tomb appeared for the first time about a generation later in the Gospel of Mark and quickly became the emblematic story of the resurrection as a highly evocative and powerful image.

On this Easter Sunday in our worship we will listen to this powerful and radical message of the Empty Tomb. Join us if you can.

Harrowing the Hell - that is a part of the Easter message about which you would hardly ever hear from the Protestants. Yet it is present in the oldest Christian creed and also in the Bible.
After Jesus died on the cross and was buried, he descended into hell. That is an undisputable part of the Apostolic Confession, the oldest baptismal affirmation of faith.  And it is also well founded in the biblical testimony. The Gospel of Matthew speaks about Jesus being three days in the heart of the earth. And in 1st Peter we read about Jesus preaching, after his death, to the souls in the prison. Other biblical and early Christian stories point in the same direction. And there is also an impressive ancient iconographic tradition.
Harrowing the Hell might have been disregarded among the Protestants but this Holy Friday we want to correct it and listen to and contemplate this enigmatic Easter message and rediscover its radical, transformative and even hopeful message.

Join us on the Holy Friday at 7pm 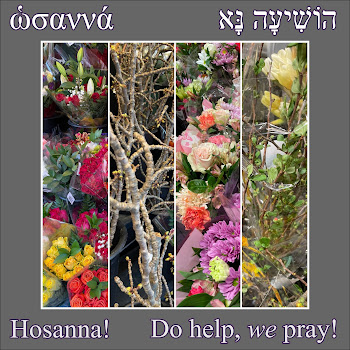 This week we will celebrate Palm Sunday, the second Palm Sunday under the pandemic and the second time without real palm fronds. But you don’t need to be sad. We only need to recognize that the presence of those “Palms” at the time of Jesus’ entry to Jerusalem are far from certain.
The earliest record of Jesus’ entry to Jerusalem is in the gospel of Mark (11:8) and it does not mention any palms. People were spreading their coats on a road and also some vegetation. Gospel is using a relatively rare word ο στιβας. It was derived from stepping, stomping, and walking. Later it acquired the meaning of bedding for animals in stables and also humans in a form of ancient mattress material - straw, hay, simply some soft vegetative matter upon which it was possible to rest comfortably. In the Gospel people were spreading on that road their coats and also straw, hay, and reeds creating for Jesus an improvised soft red carpet.
Luke in his gospel probably did not know what it was and what was its purpose and so he did not mention any vegetation - people were just spreading their coats.
Gospel of Matthew (21:8) tries to explain and also simplify. People were placing on the road their coats and also branches or shoots of trees and bushes (τα κλαδια των δεντρων). Both words indicate wooden plants and certainly not palms.
We have to wait until the gospel of John almost a century later before any mention of palms at Jesus’ entry to Jerusalem. And we also hear for the first time that people were waiving with those “the palm branches of palms”. John clearly overcompensates and uses quite awkward and unnecessary pleonasm (τα βαια των φοινικων).
This is what less than a century of tradition can do – from straw, to branches, to palm fronds; from spreading them on the road to waving them up high; from an archaic improvised middle-eastern red carpet to exuberant celebration; from a solemn self-dedication to cheerful festivity.
But palms were certainly not the original part of Jesus' entry to Jerusalem - and that is something you might not know about your bible and your religion.
---
So don’t be sad if you don’t have palm fronds this Sunday. Use what Europeans did for centuries in their colder climate. They used budding and blossoming branches. To the point that Palm Sunday was often called the Flower Sunday. For this Pandemic Palm Sunday worship buy pussy-willows or blossoming sakura branches or just any spring flowers or any flowers. We will celebrate the Flower Sunday.

This Tuesday (the 9th of March) our Rutgers Church Session adopted by unanimous vote An Appeal to Christians against the false doctrines of White Christian Nationalism.

When the January 6th attack on the Capitol happened, many people were shocked by the sheer violence and anti-democratic nature of that sad event. For me, the most shocking part of that dangerous escapade was actually a prayer. That prayer offered by the so-called Q-anon Shaman Jake Angeli in the very Senate Chamber, right at the Senate Dais.

In that prayer he thanked “divine, omniscient, omnipotent, and omnipresent Creator God” for “filling that chamber with the divine white light,” and thus “sending a message to all the tyrants, communists and globalist” and “protecting America and American way of United States of America” (sic!) Those were his pleonasms, mannerisms and verbosity which he probably learned from some long-winded Arizonian evangelical preacherer.

Even more frightening was the fact that all that noisy disheveled riffraff knew how to behave at the time of such prayers, chiming in with their loud amens and lifting up their arms in praise. Clearly well socialized (or should I rather say anti-socialized?) in that kind of church culture.

Observing this blatant abuse of religion for the self-serving and destructive political ends I recognized the deep and scary logic of all of that.
And I wondered - Where is the line between corruption of one religion and the beginning of a completely different, new, foreign religion?

And even more seriously, where is the limit when the religious zeal is so distorted that it becomes an idolatry of some other, different, grotesque god?

These are not academic questions. They are serious and quite consequential for all of us. Appropriately for the lent season we will ask these disturbing questions and try to reach some deeper understanding. But we will also seek and affirm the essence of our faith and affirm our commitment to our benevolent Lord. Join us, if you can, for this important spiritual quest. 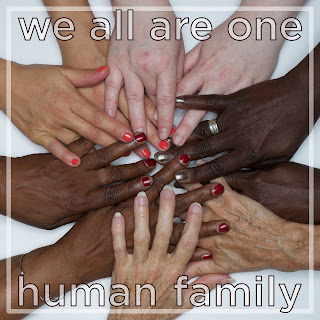 Shortly after the sacking of the Capitol on the 6th of January, elder Christine Gorman asked me what are we going to do about the abuse of Christianity which was so present in that riot. At first I did not know what she meant, but after paying a little closer attention it became painfully obvious. The insurrection was not only shockingly violent, it was also permeated with and propelled by a dangerous aberration of “Christian” faith - symbols, language, and even prayers.
For those who study right-wing Christianity it was actually unsurprising. This riot, this attempt to subvert democracy was substantially propelled by the white christian nationalism.
That is a known, ugly, and poisonous fruit of corrupted Christian faith. I preached about it on January 17, but more needed to be done. With several theologian friends and with the help from Auburn Seminary we prepared a statement of faith - An Appeal to Christians. Rejecting on theological grounds the White Christian Nationalism. But not only rejecting it, more importantly affirming the positive message, the core values of our Christian faith contrasting it with this dangerous aberration.
The time of Lent is a preeminently appropriate time for contemplating just these matters. So on this and the next two Sundays we will not only reject White Christian Nationalism and its dangerous ideology but in contrast also affirm central values of our Christian faith.
1) Its egalitarian and antiracist nature,
2) Its altruism and spirit of service,
3) Its cosmopolitan, universal aspirations
We start with the deeply biblical theme of one universal human family.