Trees are like people. They have personalities. In my childhood, besides human friends, I also had some tree friends. Specifically three climbing trees in a park just next to our home. I spent hours in their crowns observing life around the park. I knew every branch and twig of those trees and I also knew their different personalities.
Now much older I only seldom climb a tree, but we became members at the Brooklyn Botanical Garden. I particularly love to visit their world-famous bonsai tree collection. And after a few years I start to recognize those more often displayed trees. One or two I knew in advance in Prague from photographs. It is a great experience to see them now in real life. Personalities of those bonsai trees are not artificial, as is often claimed, they are only made more visible. Bonsai masters observes their trees for long periods of times to figure out their natural desire. It is impossible to make a real bonsai into something it does not want to be.
But I also still have some real tree friends. Some right here in the Upper West Side, Some in NJ and some of them are very very far. On our first visit to Hawai‘i in autumn 2010 I met this Ohia Lehua tree in the Ka‘ū desert on the slopes of Kīlauea volcano. The second picture is from spring 2015. 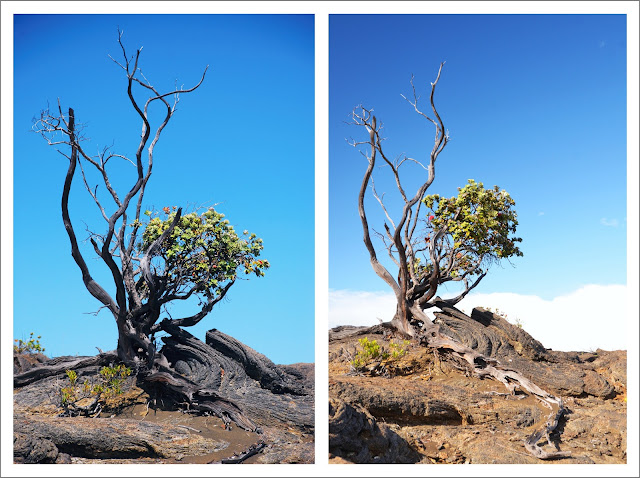 I visit occasionally but as often as I can in the chill of the higher altitude which often happens even in the tropics, or under the beating sun, once even in approaching thunderstorm (yes, it sometimes rains in deserts). I have learned a lot about life from this my friend, about sturdiness and tenacity. It is almost impossible to put into words, but suffice it to say that my tree friend still puts up occasional bright red lehua flowers - as you can see on the second picture.

Come this Sunday when a well known parable from Jesus will open to us new ways of seeing the Kingdom of God as an intricate tapestry of life. A tiny seed can grow into a big tree and become a habitat for birds and we are all invited to be part of this new vision of a beautiful and elaborate lacework of creation.
No comments:

Apostle Paul received a good Hellenistic education. Unlike many of his contemporaries he was able to read and write. Although, he probably did not write often. Most of his letters were dictated and at the end he occasionally attached a few words of his own, and as he acknowledged with an untrained hand.
Yet Paul did not stop with learning the basics of reading and writing. He clearly continued his education and went on to study Progymnasmata. That was an established curriculum of introductory training in rhetoric. And we all know he put it to good use.
Many parts of his letters show his familiarity with the art of public speaking and techniques of persuasion. But that is not all. Just like the best orators and writers of his age, for instance Cicero or Seneca, Paul was able to transcend the handed-down models and patterns and was able to use them in new, innovative and thought provoking ways.
Apostle Paul was well trained, experienced and a creative rhetorician. And that is something you might not know about Apostle Paul.

Come this Sunday as we discern and rejoice in how he adopted and adapted, worked with and reworked a fable of human body quite well known in Hellenistic times into something new: a revolutionary message of equality and egalitarian harmony for his and our communities of faith. 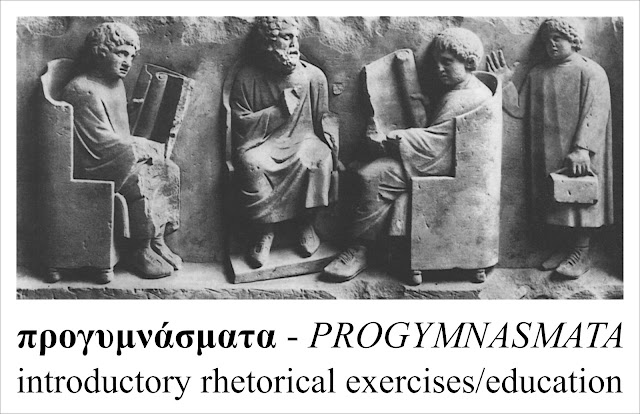 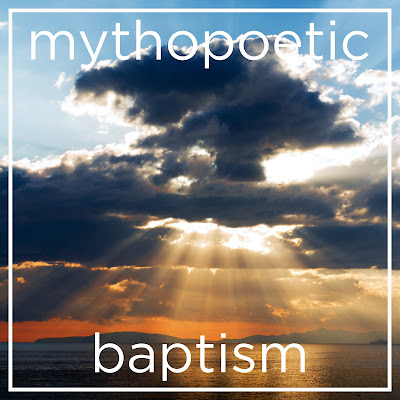 Religions are funny. They are spiritual, ethereal, even sublime. But religious people have a constant urge to objectify the intangible substance of their faith. Many religious people, including Christians, are taking their religious poetry, metaphors and myths and present them or understand them literally. What was figurative is presented as factual. There is a illustrative example of it directly in the Bible in the story about Jesus’ baptism.

In the oldest Gospel of Mark, a little more than a generation after the crucifixion we read:
Jesus coming from water, he saw the heavens ripped apart, and the Spirit descending like a dove to him, and he heard a voice from heavens, "You are my beloved son..." (Mark 1:10-11)
It is an entirely subjective report which is also rich in beautiful mythical assonances.

About a decade later, Matthew writes in his gospel:
Jesus came from the water and look, heavens were opened, and he saw Spirit of the God descending like a dove on him and look, voice from the heaven... (Matthew 3:16)
It is becoming a collage of subjective and objective reporting.

In the Gospel of Luke, still a few years later it morphs thusly:
Jesus steps from water and praying the heaven was open and the Holy Spirit in bodily form of a dove on him  and there was a voice from heaven, "You are my son..." (Luke 3:21-22) The original comparison of the coming of the Spirit to the descent of a dove, gained here an avian body.

And finally, about a generation after Mark and two or three generations after the crucifixion. In the Gospel of John it is John the Baptist who is presented as giving testimony:
I have seen the spirit descending like a dove from heaven on him and I have seen and I testify that this is the chosen one of God (John 1:32-34)

What started as a beautiful subjective mytho-poetical image was transformed in 50 years into a forensic testimony. Of course there were religious and political reasons why it happened. But this unfortunate process of sneaking-in fundamentalism and literalism was happening even before the Bible was finished. And that is something you might not know about the Bible and our human religious proclivity to take something spiritual and make it concrete.

Come this Sunday to seek with us the original meaning and rejoice with us in the rich, beautiful and meaningful mytho-poetic nature of baptism.
No comments:

With the change of the calendar year I am especially attracted to this passage from the biblical book Ecclesiastes (in the Hebrew known as Kohelet). The author is supposed to be the King Solomon, but there is no way it could be him! This text is one of the youngest parts of the Hebrew Bible written in the Hellenistic period just as the Greek culture was making its deep impact on the Ancient Near East. It was a period of profound cultural and religious, political and military upheavals.
Interestingly, this biblical poem was almost certainly inspired by an even older, much older, wisdom literature from Babylonia. “Dialogue of a master and his servant” or, as it is sometimes called “Dialogue of Pessimism” was written in Akkadian language on cuneiform tablets sometime in the early tenth century BCE. Interestingly, it was also a period of upheavals and uncertainties of the Early Iron Age.
Dialogue of master and servant also deals with life unpredictability, absurdities of history and feelings of existential futility. In such a situation many social and religious answers of traditional religion as well as cultural norms show themselves insufficient and deeper and a more genuine search is needed.
We ourselves live in quite turbulent times so come to be inspired by examples how Hebrew and Babylonian teachers of wisdom dealt with life’s ambiguities. Come for the dramatic reading of an old Babylonian wisdom literature as well as a modern music rendition of the Hebrew poem from Kohelet. 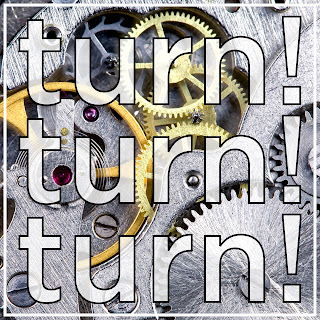