Any time we read about Doubting Thomas, we celebrate the diversity of our faith which reaches as far as we can see - certainly as far as the oldest Christian writings.
The Bible itself represents some of that diversity, as it includes four different gospels together with the writings of the apostle Paul and his disciples, as well as writings associated with the name of John and some other apostles. But the diversity of the early church was even broader; many alternative streams of Christianity were never represented in the official Bible.
One such distinct alternative stream of the early Christianity was associated with the name of the apostle Thomas. It was possible, some biblical scholars hypothesized, that the story of Doubting Thomas was actually a narrative theological explanation and polemic against this alternative early Christian tradition. This story acknowledged and yet it undermined the Thomasine tradition by maligning its legendary spiritual founder.
But the religious writings of this early group survived (sometimes almost miraculously) and today we can read the Gospel of Thomas, the Infancy Gospel of Thomas, the Acts of Thomas, the Apocalypse of Thomas and the Book of Thomas the Contender. The oldest writing of these, the Gospel of Thomas, is as old as other biblical writings.
These Thomas writings are different from what would become the orthodox tradition. But that is their real value. They show us the original broadness and diversity among early Christians.
In the Gospel of Matthew (13:45f) we hear a parable in which the Kingdom of Heaven (God) is compared to a precious pearl. The Gospel of Thomas (logion 76) contains a seemingly identical parable, but the meaning of the pearl has slightly shifted - it is said to be an image of the Kingdom, but becomes ever more an image for the human soul. And in the Acts of Thomas the author quotes the ancient Hymn of the Pearl - a fully developed allegory of the pearl as a human soul which is to be liberated and rescued from the ugly material world.
It is most likely that the pearl as an image of the soul is the oldest form of this metaphor. But the early orthodox Christians did not like the dualistic theology which it implied (ugly material world, beautiful spiritual world) and even less did they like the concept of salvation as a deserved escape from the material world.
Orthodox Christians suppressed the Thomasine version of the parable. But times are changing as is also our understanding of the world. Almost two thousand years later, and with our modern biology (conchology - study of shelled molluscs) we can perhaps re-coin this ancient allegory. Now we know that pearls do not grow on their own. Molluscs grow pearls in self defense. Pearls grow around irritating grains of sand, some other particles and foreign objects or parasites.
Beautiful pearls, just like beautiful souls often grow in response to adversity or pain. One can spend an entire lifetime as happy as a clam (as the saying goes) and remain just a slimy blob of a mollusc, or encounter adversity and start forming character like a beautiful precious pearl. This image is in harmony with the Christian understanding of sacrificial (understand - meaningful) suffering. I also find this allegory deeply meaningful to true life and my personal experience. The nicest souls I have met all overcame some major adversities.
--------------------------

And for those who are still looking for the Margarita of our title - margarita is the Latin name for a pearl. It is a lone word from Greek language - ο μαργαριτης (HO MARGARITES) and most likely further adopted from ancient Sanskrit's majari. This brings us full circle back to India to the original home of the narrator of The Hymn of the Pearl. And the legendary mission field of the apostle Thomas.
No comments:

Every spring, nature comes to life after a long winter nap (and it took a while this year didn’t it?). Budding flowers, bright-yellow chicks, verdant fields, furry bunnies, blooming trees... This vernal exuberance just offers itself to be compared to the Easter resurrection hope. But this year gives us a marvelous opportunity to go beyond this easy cliche sermonizing. This year, Easter Sunday falls just two days before Earth Day, presenting us with an exciting opportunity to consider what the Easter Resurrection Message might mean for the universe as a whole.
For centuries Christianity (especially western Christianity) insisted that the world was planted by God only to benefit humans. No part of nature had any purpose but to serve humans and their salvation. For generations, that has been a sad and highly unfortunate distortion of our faith tradition which eventually led to exploitation and pollution of our environment. The original divine charge to human race was to “keep and protect nature” or in different translation to “till and watch after it” like a garden (Genesis 2:15).
Come this Easter Sunday to meet with a surprising guest, a returning, revived Gardener. Come to celebrate the resurrection hope woven into an intricate and beautiful lacework of nature, where all parts are interconnected and interdependent. Come to celebrate all parts of nature (including us humans, but not only us humans) which are together equally dear and loved by God. Come to celebrate Easter Sunday and Earth Day together. 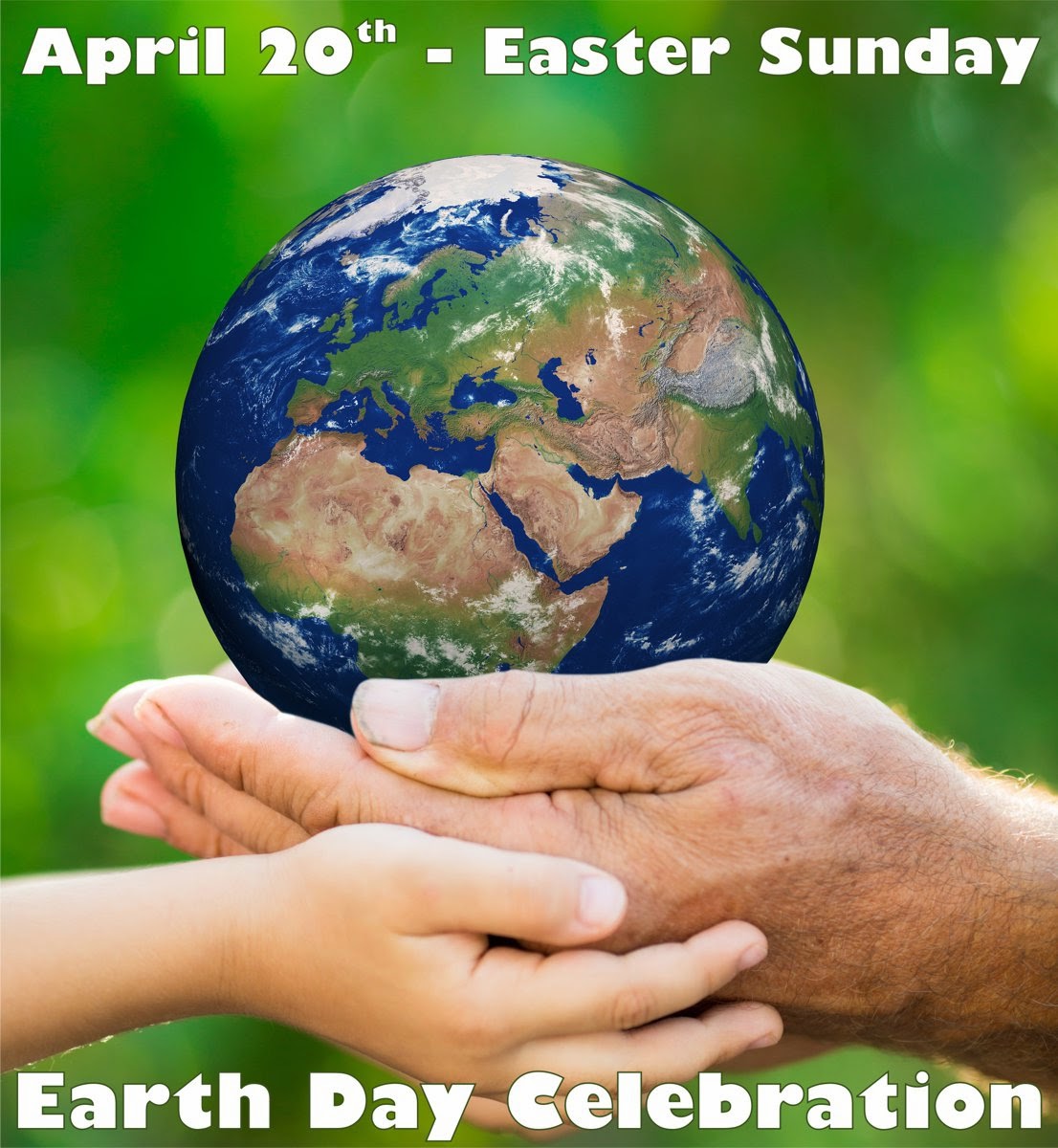 Do you know this toy? Rubik’s Cube was a real joy of my freshman year in high school. It came out that very year. Even though this fun puzzle originated from the Eastern Block (from Hungary), at the beginning it was not easily available under a planned-economy known for its inefficiencies. But then, after a month or so, my father returned from a medical conference in Prague and brought back a sparking new cube and with it also a few sleepless nights. Soon I was competing in class and school competitions. I never made it really far, in my best form I did not solve the cube much faster than in a minute. (An info  for those who might consider one minute fast, 1982 record was 19 seconds and current record is 5.55 seconds!) Later in mathematics class we calculated the total number of positions - it is staggering 43 quintillion and more! (And about 12 times more positions are not achievable by simple rotations.) No wonder Rubik’s Cube is loved by cryptanalysts and cypherers.
Why do I write about it in this Friday Message? Because I write an invitation for Palm Sunday and Edward Snowden’s Rubik’s Cube will provide for us marvelous contemporary illustration of events of Palm Sunday long ago. The story of Jesus’ last visit to Jerusalem will lead us behind the curtain and will outline some new and not often recognized aspects, his use of conspirational and contra-espionage techniques. With the approaching Jewish high holidays, the Gospels faithfully capture the political and religious tensions growing ever thicker; thus on Palms Sunday we will be going with Jesus undercover in Jerusalem!
Weather permitting, please, gather this Sunday in front of our Broadway entrance (Just left of the Chase Bank) and with palm branches we will process together to our sanctuary. You will recognize our worship leaders, they will come with Rubik’s Cubes. 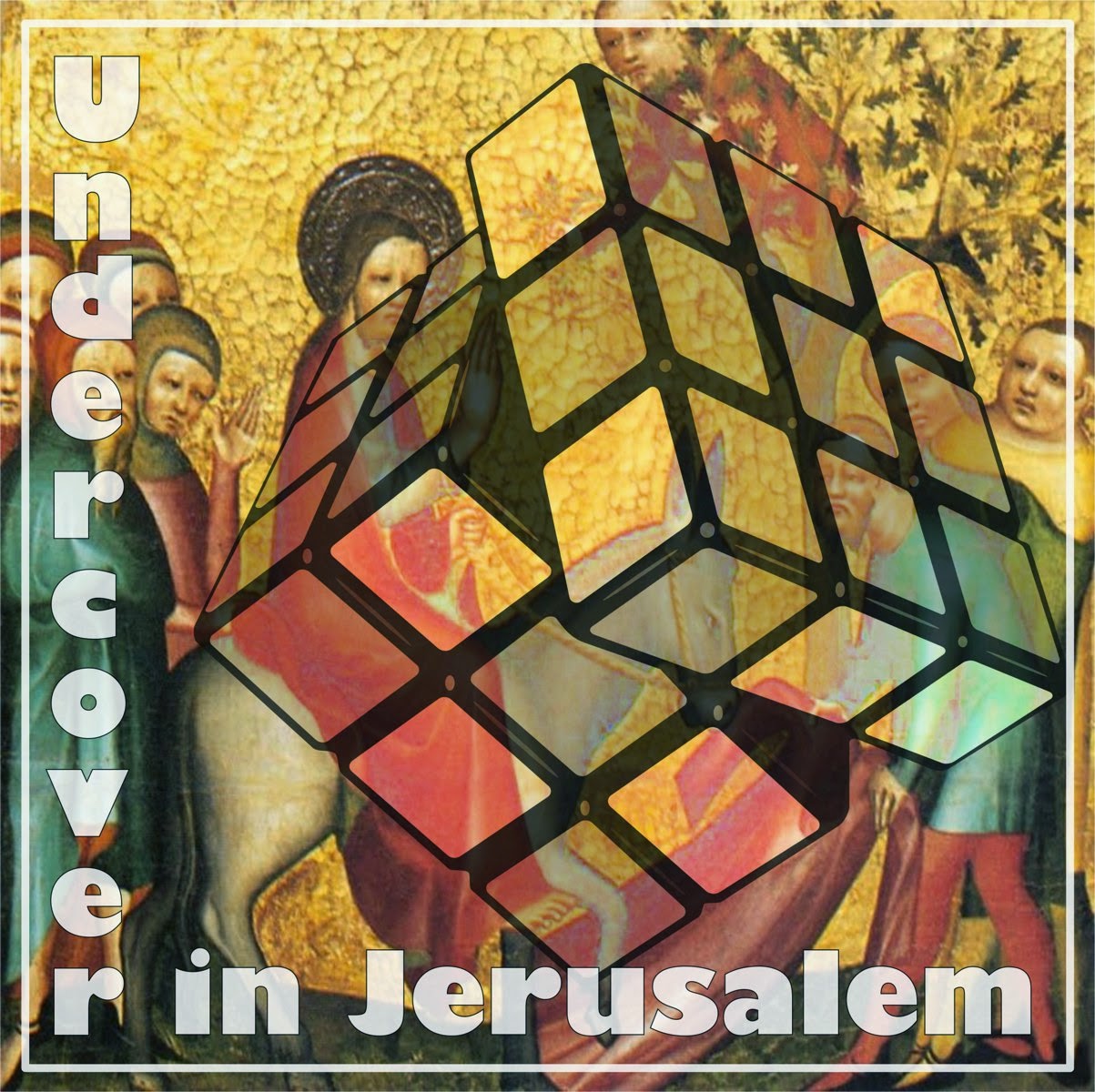 Here are the slides from our last Lenten Lecture this year. I am running a little busy, so they are without commentary - I plan to fill it in sometimes later. 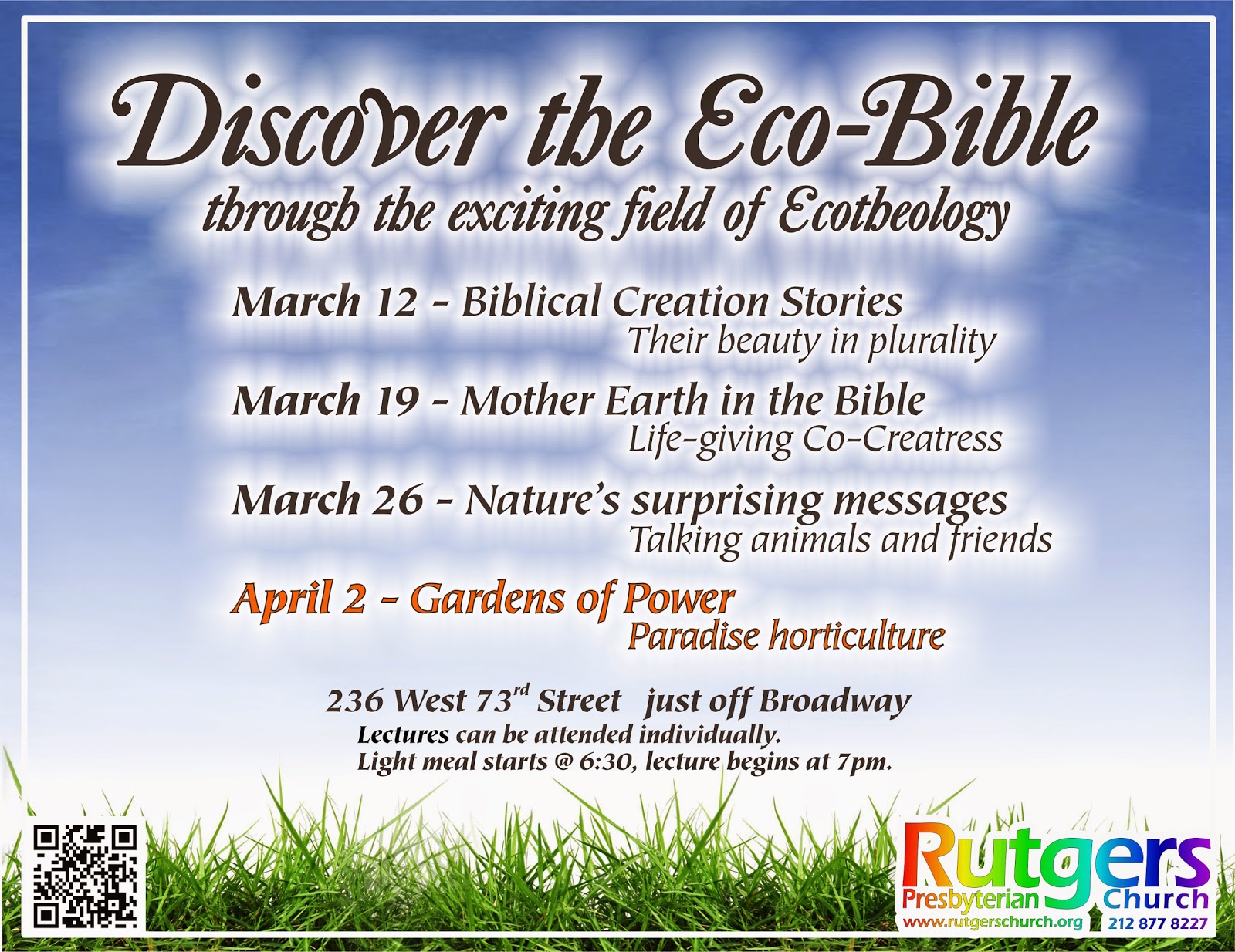 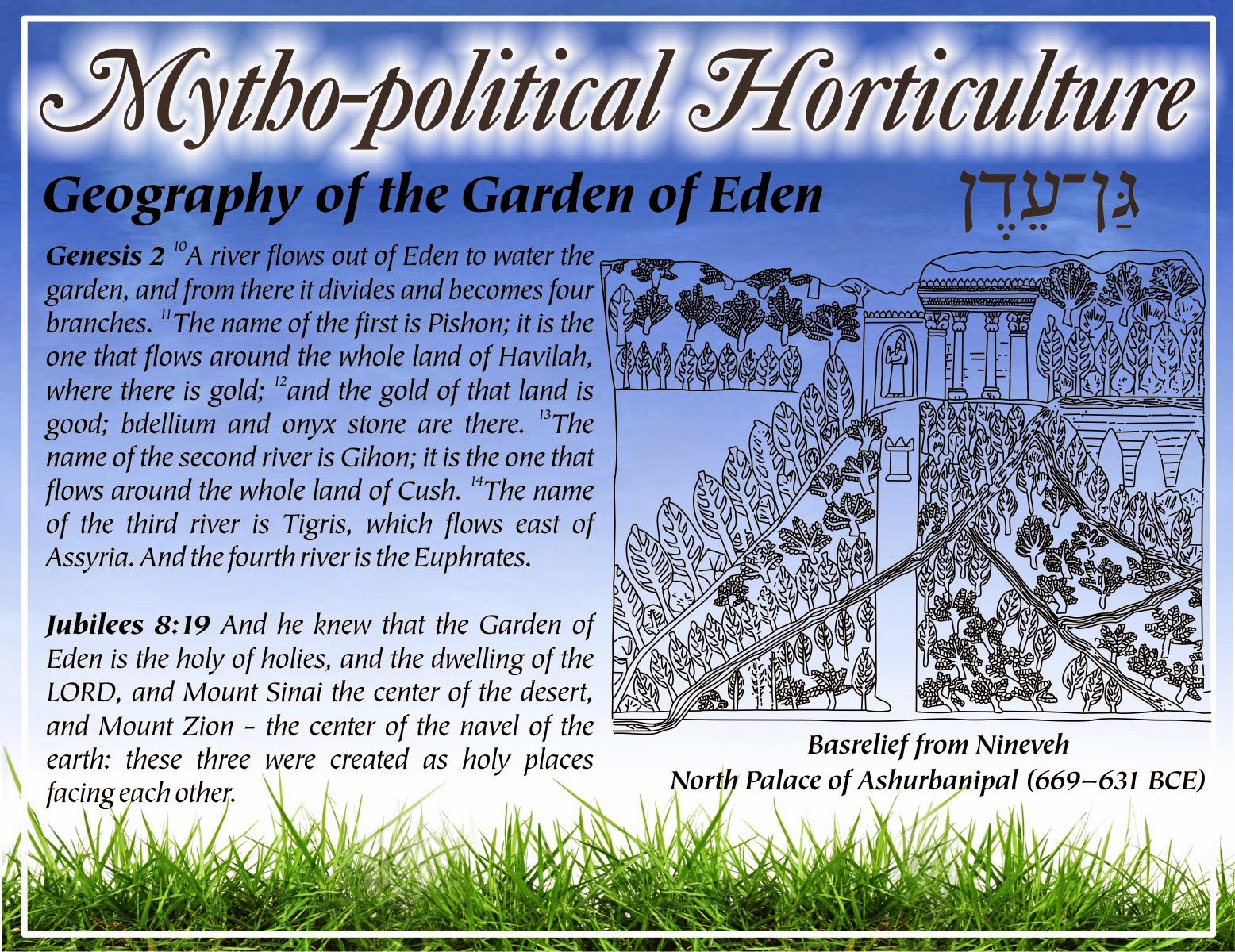 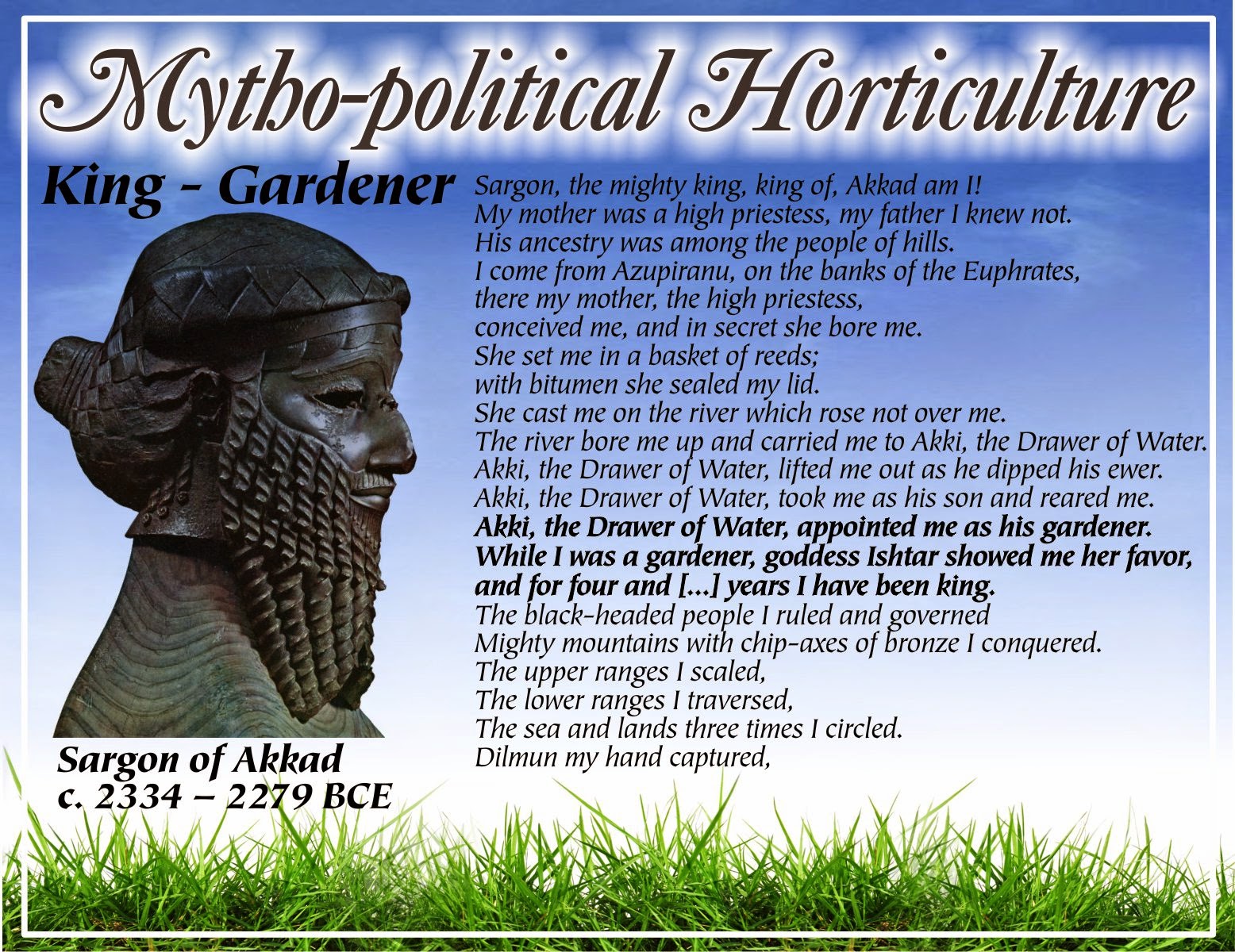 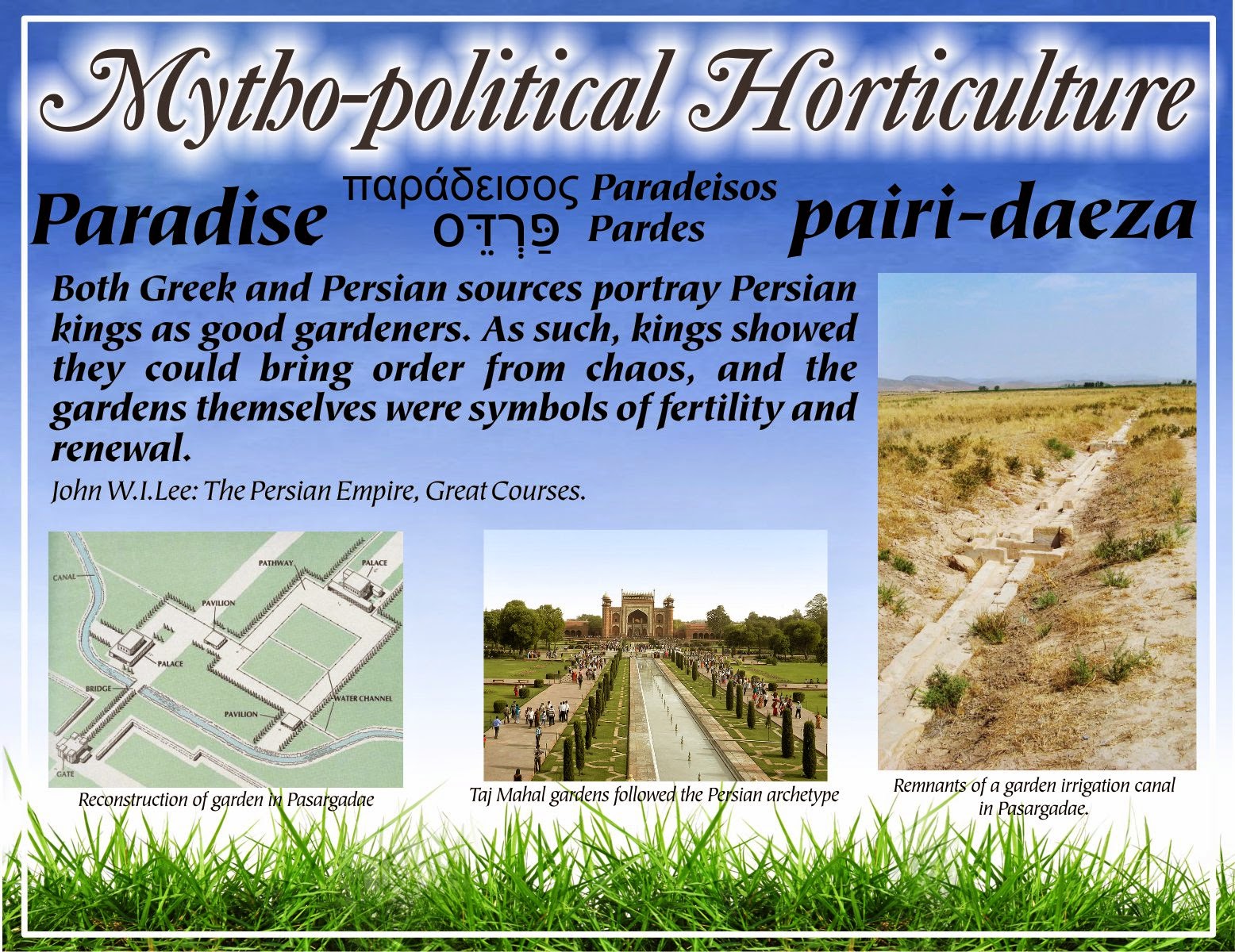 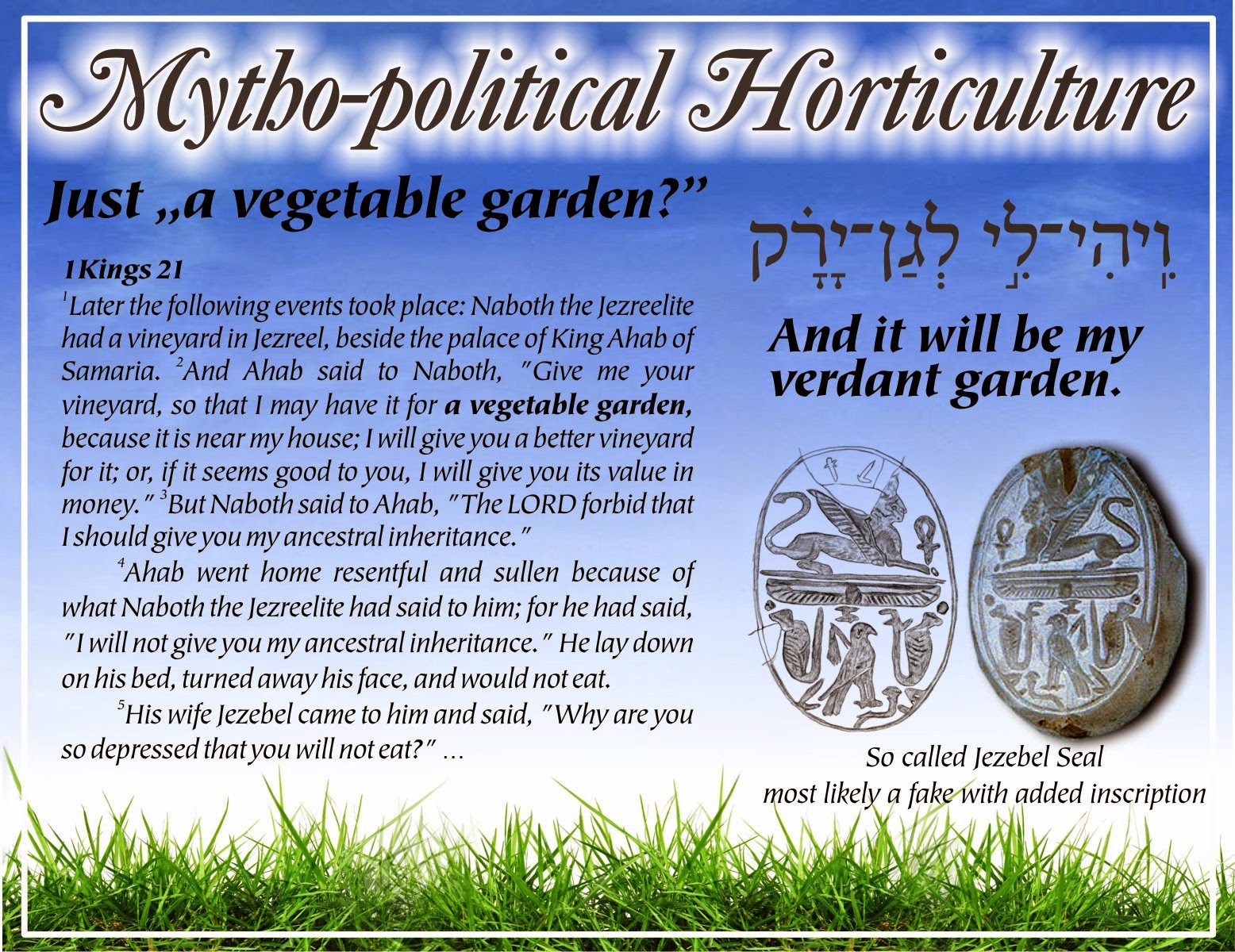 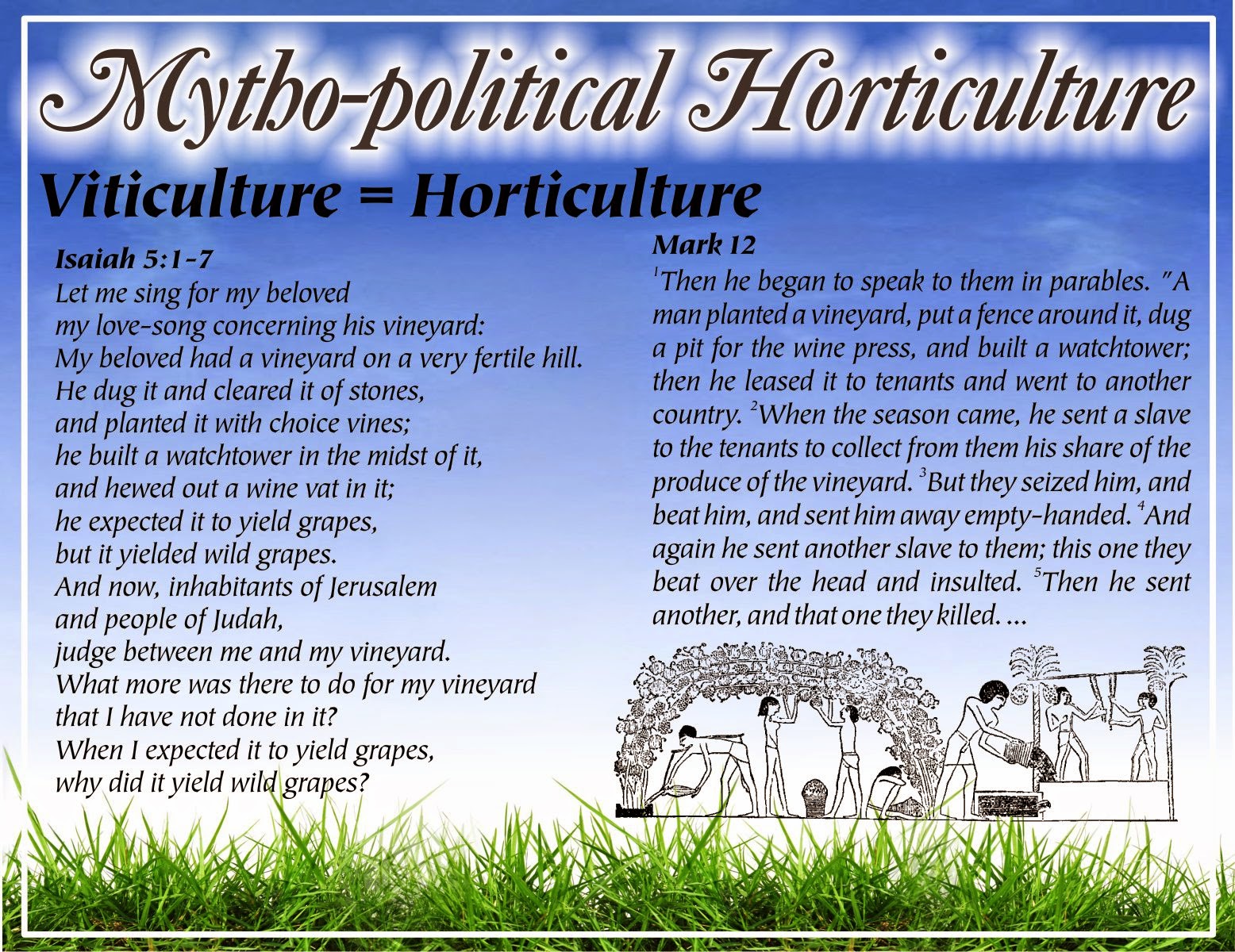 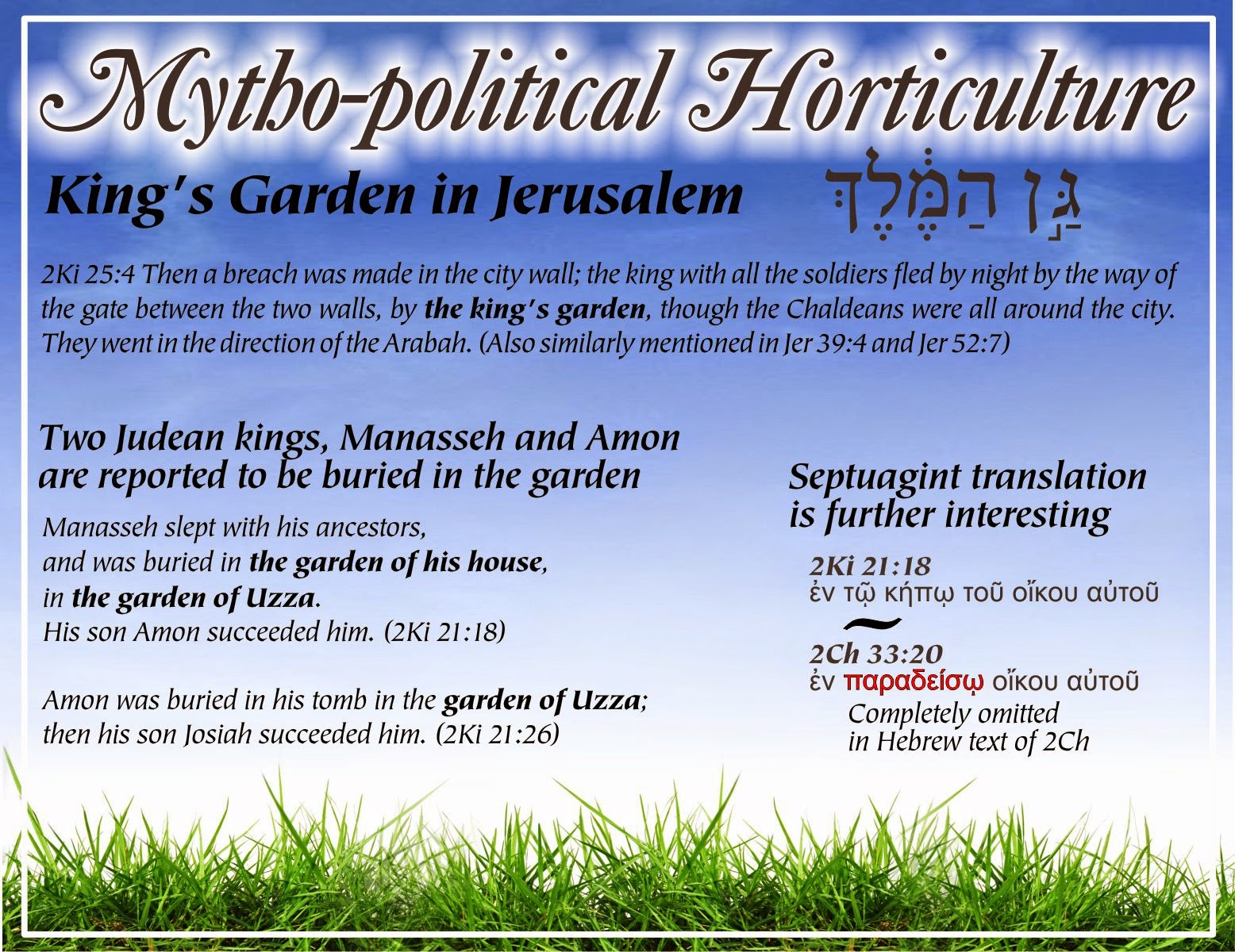 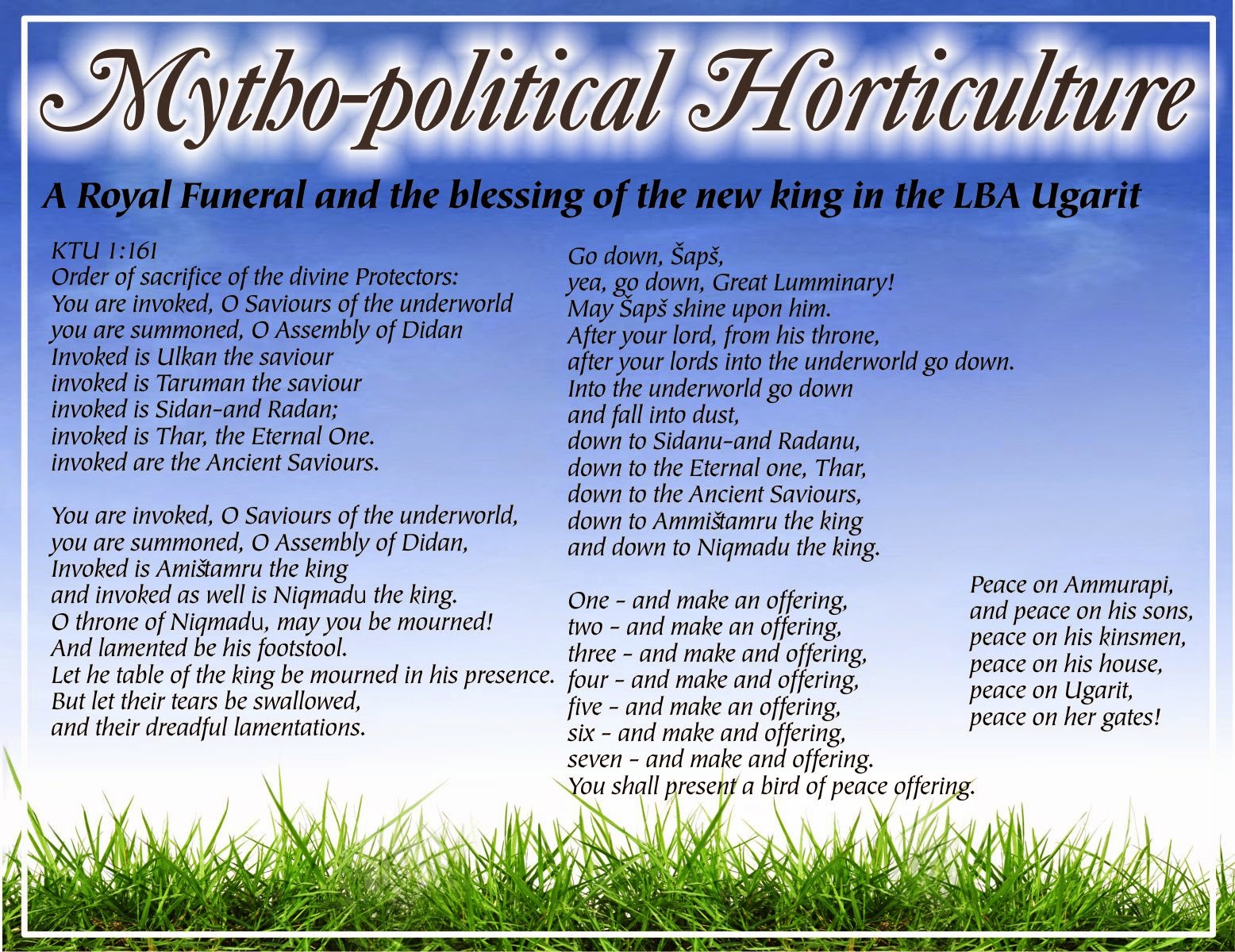 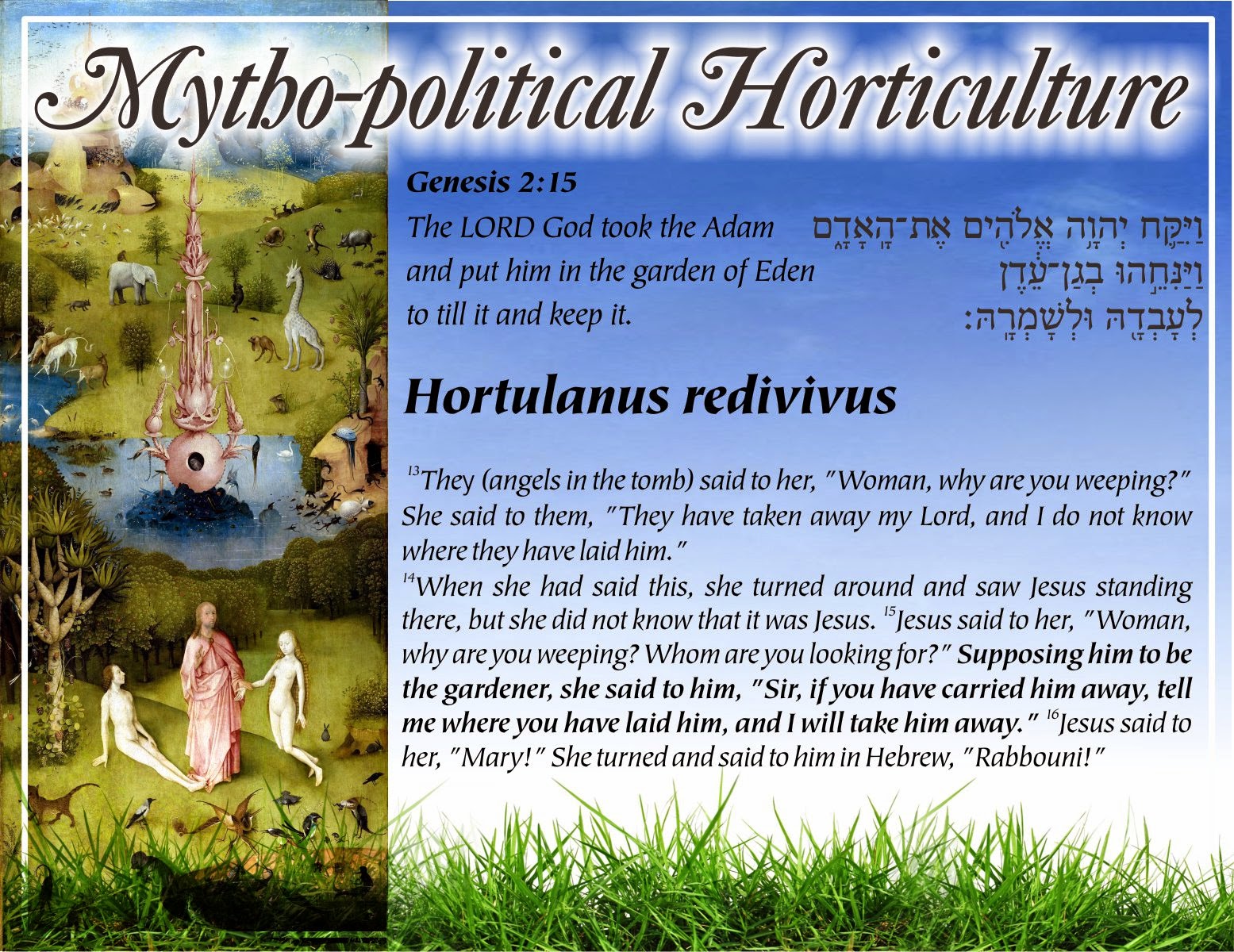