And for those who read this far, here is a description of this particular denarius.
On the obverse of the coin is the head of the emperor with a laurel - a symbol reserved for gods, victors and emperors. Around it is the emperor’s name Antoninus and his titles Augustus (worthy of veneration) and Pius (dutiful in affection) and Pater Patriae (Father of the Fatherland).
On the reverse of the coin is a standing figure of Pax (goddess of Peace - mind you, it was the Roman peace, which was achieved by conquest and subjugation) and around her are further Antoninus’ titles - Tribunicia Potestas (with the powers of the Tribune - originally a defender of the Roman poor - but in reality bestowing great unchecked powers) and Consul IIII (Consul for the fourth term).
No comments: 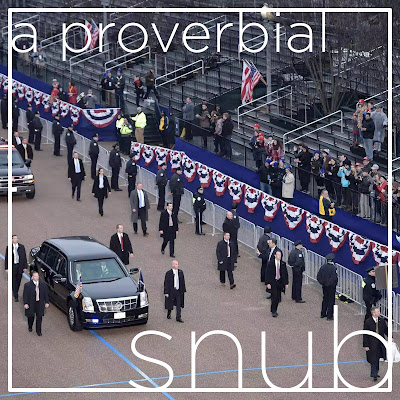 Deep in dark shelves of the Rutgers Church library we discovered an ancient folio with relatively well preserved uncial writing. Upon closer paleographic and exegetical examination of its archaic Manhattonite English we became convinced we happened to find another fragment from the author of the Manhattan Gospel of Henry Rutgers offering us important insights into some biblical mysteries:

ONCE THERE WAS A POTENTATE WHO WAS ABOUT TO BE INSTALLED INTO HIS POTENTATY OFFICE.  HE WAS KNOW AS EXCEEDINGLY VAIN AND NASTY. THUS EVEN THOUGH HE INVITED MANY FAMOUS ACTORS AND SINGERS AND ARTISTS TO HIS CELEBRATION, ONE AFTER ANOTHER THEY STARTED TO EXCUSE THEMSELVES. ONE PROMISED A CHARITY CONCERT ON THE SAME DATE, THE OTHER HAD PLANS TO TAKE KIDS TO DISNEYLAND, AND YET ANOTHER NEEDED TO CLEAN HER FISH TANK. AFTER A LOT OF EFFORT SOME CELEBRITIES AND DIGNITARIES DEIGNED TO COME. THEN THE DATE ARRIVED BUT EVEN AS THE POTENTATE TOOK OFFICE ONE OF THE IMPORTANT GUESTS (BY THE WAY FROM THE SAME POLITICAL TRIBE) COMMENTED ON HIS ACCEPTANCE SPEECH “WHAT WEIRD S**T!” THE WEATHER WAS NASTY AND IT DID NOT STOP DRIZZLING. THE CELEBRATION WAS SPARSELY ATTENDED AND ALONG THE PARADE PROCESSION ROUTE THERE WERE MORE GUARDS THAN GUESTS. ROWS AND ROWS OF STANDS WERE EMPTINESS EMPTY. THE POTENTATE WAS ANGRY. HE LIED AND DENIED WHAT EVERYONE COULD SEE AND THREATENED THOSE WHO MENTIONED THE TRUTH. TO ADD INSULT TO INJURY THE NEXT DAY AFTER THIS CATASTROPHIC CELEBRATION PEOPLE GATHERED ON THEIR OWN ACCORD AND FLOODED THOSE VERY STREETS WITH THEIR OWN FESTIVAL OF COLOUR AND RESISTANCE AND CREATIVITY AND FREEDOM.
AND NOW, DEAR READER, YOU KNOW WHY THE EVANGELIST LUKE REJECTED MATTHEW’S VERSION OF THE PARABLE OF THE BANQUET AND WROTE HIS OWN VERSION WHILE PROUDLY WEARING HIS PUSSYHAT.


It is very likely there will be again misgivings about the authenticity of this document from the treasure chest of the Manhattan Gospel of Henry Rutgers. It, nevertheless, makes some insightful points. The "PUSSYHAT" worn by the evangelist Luke is a clear anachronism, but even among serious biblical scholars there is no denying that Luke was, what we would call, a feminist among evangelists. It is also a well known fact that Luke lifted this parable from  Matthew’s context of the dark Middle-Eastern despotism (most likely the First Jewish-Roman War) and transplanted it into his gentler Hellenist city culture. Thus both Matthew and Luke give us permission to read the parable in our own times and context.

Be it as it may, come this Sunday to remember and celebrate. 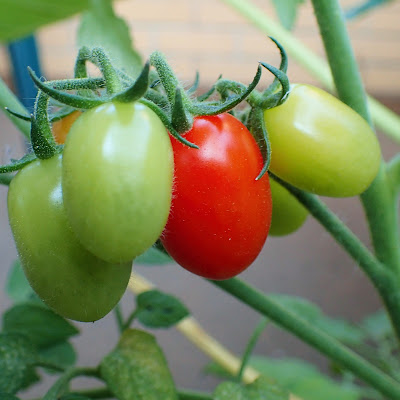 This Summer we received a surprise visit. Several tomato plants sprung from our balcony earthworm composter. It was a delight to observe them growing, blooming and finally bringing forth little delightful tomatoes. All what they needed was a little bit of water now and then. An old friend commented that she calls them “volunteer plants.” I started to call them “companions”. They gave us so much joy!
This experience opens my mind to perceiving even plants as living creatures even with souls, just like animals. Our English word for “animal” is derived from the Latin name for a soul - ANIMA. And a biblical testimony also hints to the presence of soul in other creatures. Psalm 104 speaks primarily about humans and animals but in a broader context includes also plants. This is how the psalmist speaks to God about living nature:
When you take away their spirit,
they die and return to dust.
When you sent out your spirit again,
they are created anew,
thus you renew face of the earth.
And there are other biblical instances of animated (having anima, having soul) nature.
This weekend we will welcome our 2017 autumn speaker Dr. David Abram. He is an interesting author, thinker, philosopher and environmentalist. He will share with us his insight on how respecting other creatures’ souls can lead to a healthier, happier and more spiritual living for us and entire planet.
1 comment: