Today I want to defend the Cynics. I mean the Cynics with the capital “C”. Not the modern derivative meaning - (a person who does not believe in selflessness). I just want to speak about this ancient Greek Post-Socratic philosophy school.
While other philosophers thought by their words, Cynics thought by their ascetic way of life. The Cynics were seeking EUDAIMONEIA - true, full, deep happiness which for them meant living in simplicity and harmony with nature. They often led an itinerant life in utter simplicity, in other words, life reduced to a bare minimum. There is an anecdote of Diogenes of Sinope, one of the early prominent Cynics - observing a boy drinking water with his cupped hands which led him to throw away even his drinking cup with the words, “A boy has vanquished me in living simply.”
Cynics claimed that things of great value were sold for next to nothing while useless things for abhorrent amounts. A simple meal of a cobbler was full of zest and better than a feast in a palace. Servants might be forced to obey their masters but the rich masters were even more tightly enslaved by their lust. Cynics challenged and attacked with their words and their way of life the dominant presumptions of the Greco-Roman society, or honestly any society which values class, reputation and wealth. The majority of society disliked this challenge and payed back with ridicule, pointing out that Cynics lived like street dogs and among street dogs and that is also how Cynics came to their name - KUNIKOS in Greek means “dog-like”. 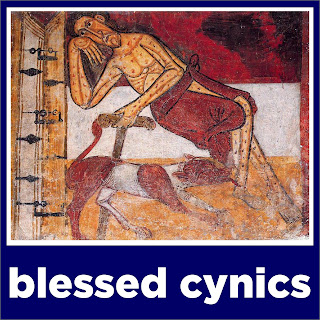 Interestingly, early Christians shared many similar characteristics; itinerant teachers and preachers, nonconformist teaching and life; questioning established mores. Some educated biblical authors (like the evangelist Luke) hinted this proximity between Christianity and Cynics in their writings. One such Gospel story is coming up this Sunday about a person who held company with dogs. This story also radically questions our cultural paradigms.
Join us this Sunday as we bless and learn from the story of a biblical cynic.
No comments:

In Rutgers Presbyterian Church we use several different translations of the Lord’s Prayer. A number of these translations are based on dynamic equivalence. I personally prepared one translation which was primarily informed by the economic and social context of Jesus’ prayer and attempted to translate it into our current idioms. (Four Years ago I also summarized some of the exegesis and reasoning here  - Jesus' Radical Prayer I)

Loving God of the highest authority:
In other words - heavenly parent. But “father” in the Ancient Near East context was primarily a figure of authority, especially if that figure was situated in the heavenly realm.
May what you stand for be the measure for everything.
That is an attempt to convey the concept of holiness and divine kingdom.
May the world be shaped as your love will have it:
Translating a petition which asks for divine rule to come from Heaven down on Earth.

Preserve for us and future generations enough for everyone to live:
with fresh air to breathe, clean water to drink, a blue planet to inhabit.
In the Ancient Near East devastating famines were a regular occurrence and for many people in Jesus’ times their food security was a daily concern.
In our world the food security is also a painfully reality, but is ever more associated with an environmental devastation.

May our society be organized fairly, without anyone crushed by debt or need.
The original text clearly spoke about the debt-forgiveness. All other words (sins, trespasses etc.) are attempts to translate the original Aramaic word חובא which was debt/obligation/anything owed. Our translation is an idiomatic attempt to provide similar meaning of forgiveness of debts and social justice.
(By the way, the medieval “trespassing” was primarily aimed against the destitute serfs who were driven to poaching in the vast holdings of their lords.)

Let the police and courts treat people justly, regardless of their class, nationality or race.
The original text requests protection from “being handed over to judgement/trial” either to the corrupt Jewish authorities or to the occupying Roman power. In our times when prisons are disproportionally full of black men, the poor and the mentally ill (not to mention recent highly problematic detention of Mesoamerican migrants), I think this is an accurate contextual translation.

With thanks we now submit ourselves under your bright and loving rule for ever.
And together we say - So be it!
The closing doxology is not biblical and I took freedom to translate it from the broader Greek context translating “kingdom, power and glory” and final “amen”. 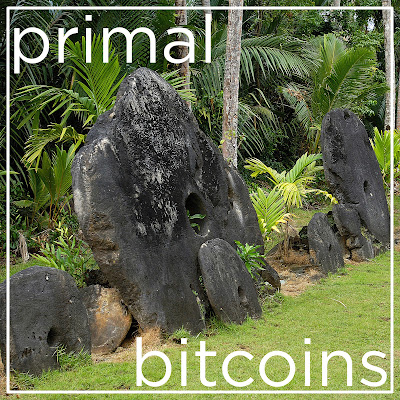 I am almost certain that all of you have heard about Bitcoins, the best known veriety  of digital/virtual money or cryptocurrency. Now, imagine stone age bitcoins! They indeed existed and were used for hundreds of years in Micronesia on the island of Yap.
Those stone "coins" looked like large millstones and as such they had a physical presence but otherwise shared many characteristics of our modern bitcoins. The stone coins were mined on the neighboring island of Palau (and sometimes Guam) and brought over to Yap. But many of these coins were so big, that they were kept in one location, and when they were used for payment only their ownership changed.
The bitcoins actually also consist of encrypted history of ownership and transactions (called Blockchain) which are preserved distributed among interconnected computers (distributed ledger). Similarly, the large stone coins of Yap did not change location but had a history of ownership and transactions which were preserved in oral tradition (like the blockchain) distributed among owners and witnesses (like the distributed ledger). Instead of relying on the  pier to pier computer network they rested and depended on a network of human memory and oral tradition.
There is even a story of a large stone coin which sunk on its way from Palau to Yap. It ended up down on the bottom of the ocean, unretrievable and inaccessible, it could not be even inspected! But the people of Yap decided to treat it just like any other stone coin, thus making it into a real virtual currency.
Why am I telling you all this? Because it is so uniquely picturesque! But also because Jesus in the Gospel of Luke hints at something very similar. Money, any money is just our social construct. Money is just a human game, a very serious human game. As long as the majority agree it is serious, but it is a game nevertheless, just like the stone money of Yap or our modern bitcoins. Other games with other rules are imaginable and certainly possible. It is a revolutionary liberating realization.
Join us this Sunday as we rejoice in this freedom. Joining Jesus and his disciples in thinking about and hoping for the new divine economy of social, environmental justice. A radically different economy of divine grace.
No comments: 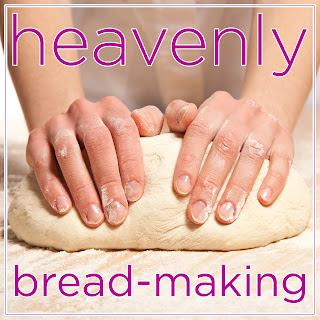 In our church we regularly pray to God as “the father and mother of us all”.
This theological gender inclusiveness might sound quite radical, but only if you do not know the Bible. God as our mother is quite well founded in the Bible. It might not be a common biblical way of speaking about God but on the other hand it is not unheard of either.
The Hebrew Bible is almost entirely patriarchal, but for instance in several special and tender passages the prophet Isaiah, for instance, speaks about God as a loving and caring mother. (Isa 49:15 or 66:13).  And Synoptical Jesus (Jesus in the gospels of Mark, Matthew and Luke) shares several parables in which God is portrayed as a peasant housewife.
In one parable God is like a woman sweeping the floor and looking for a lost coin. (Luke 15:8+9) In another parable God is like a housewife baking bread for her household, and considering the amount of flour (42 litters ~ 9 gallons), most likely bread for the entire village. (Luke 13:20+21)
Join us this Sunday for homecoming worship. At the beginning of the school year and the new season in our life together we want to rejoice in God’s motherly love and marvelous abundance of divine bread-making.
No comments: