There has been hardly anything more contentious in the Christian history than the simplest meal which Jesus bequeathed to his disciples. Every aspect of it and even aspects imagined and fabricated beyond it have been a source of bitter and often bloody controversies. Arguments flared up, heretics were burned and wars were waged over the precise interpretation of that simple meal. Disunity starts right with the name - is it to be called Eucharist or Holy Communion or Lord’s Supper? Is it a sacrament or sacrifice or memorial? Is the Lord present "in it" or "at it"? There are centuries of bitter struggles about arcane terminology of transubstantiation, remanence, transignification, consubstantiation, utraquism, memorialism, centuries of splitting hair and cutting heads. It is difficult to imagine that thousands upon thousands of people died in conflicts over these arcane questions, and there are still some for whom it is the ultimate supranatural question of salvation.
As we celebrate World Communion Sunday we will try to put all this bitter history behind us and discern this special meal in the context of a Hebrew legend from the book of Judges and its sweet mytho-poetic riddle. Come to celebrate with us a honeycomb communion. 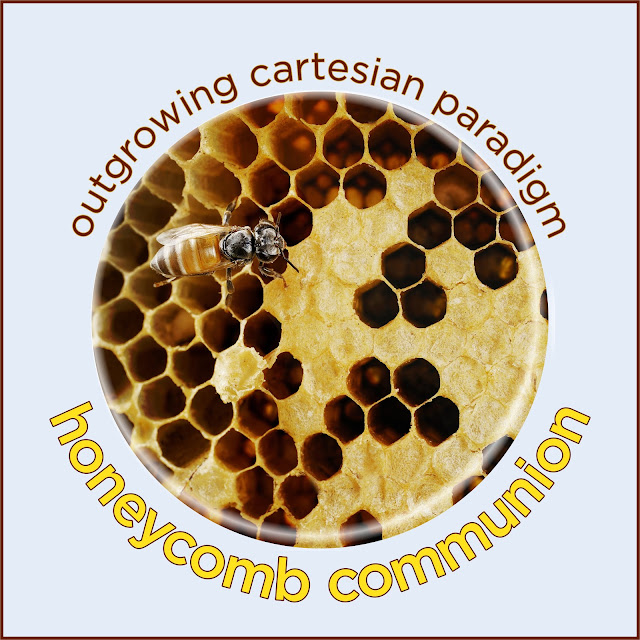 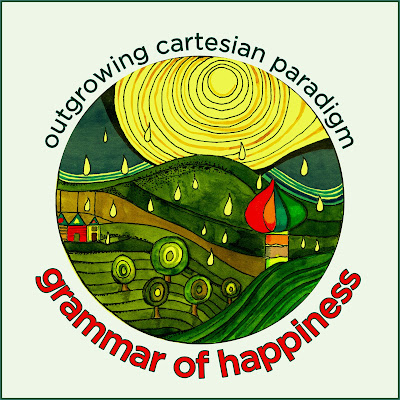 In Hawaii there is a running joke about their two systems of time. There is a Haole (American) time and Hawaiian time. While Haole time is about plus minus five minutes, Hawaiian time is only suggestive and can mean almost anytime. These different concepts of time reflect different cultures, but they are in fact growing from the deeper and more profound linguistic roots.
English sentence is unthinkable without indicating its temporal position - past, present or future. Any time we open our mouth, our sentences are chained to a definite position in time. Hawaiian language on the other hand is virtually tenseless. Hawaiian is rich in nominative clauses (sentences without verbs) and even verbal sentences communicate primarily the flow of action (grammatical aspects). Thus, while our European languages value punctuality, the tenseless languages highlight validity and fullness of time.
Why am I writing all of this? Because the Biblical Hebrew is also one such starkly different and almost magical language. It is hardly ever mentioned and difficult to convey in translations. In the Biblical Hebrew tenses are almost an afterthought – time is relative, but aspects are important.
This Sunday we will let the ancient Hebrew teach us a new grammar of happiness, or at least we will let Hebrew open our minds to a spiritual reality beyond and above our modern dictate of time. 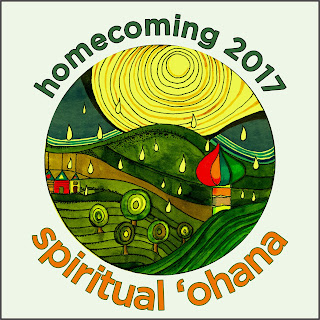 The word for family came to English from the Latin FAMILIA. It originally meant the entire household. It denoted several generations and even servants living together under one roof. Similarly, the Greek word for family is οἶκος - OIKOS. The original and most common meaning of OIKOS is a house, but soon it metonymically started to mean also the family as all those who live in that house.
From a slightly different angle the Hebrew word for family מִשׁפָּחָה - MISHPACHAH or for instance Hawaiian ‘OHANA both describe larger kin groups connected by common ancestry. However, both names were naturally expanded to include even a larger circle of relatives by blood but also by marriage, adoption even friendship.
This Sunday at Rutgers we will celebrate homecoming - the coming together of our Rutgers Church Family. In the center of a large vibrant cosmopolitan city where we can often feel lonely and alienated in the middle of crowds, we form our intentional community, our MISHPACHAH, our OIKOS, our ‘OHANA our FAMILIA, our adoptive family of faith.

The Nashville Statement is built on erroneous theological, hermeneutical, and epistemological premises. Thus, this statement is unfair to people and communities whom it is singling out, insulting and abusing. But it is also intrinsically unfair to the treasured religious texts and customs which it is misrepresenting and abusing. In a very blurred and foggy way it is referencing Biblical tradition and divine authority of the Creator to promote likes and dislikes of the authors of the Statement.

In 1906, in the opening part of the epochal study “Quest of the Historical Jesus”,  Dr. Albert Schweitzer clearly demonstrated the limits of all our human hermeneutic endeavor (particularly our attempts to understand and interpret ancient texts or historical figures). He showed that, absent stringent scholarly approach, we always have tendency to project into the Bible our own biases, prejudices and desires.
The end of the Nashville preamble “...witnessing publicly to the good purposes of God for human sexuality revealed in Christian Scripture, we offer the following affirmations and denials” is the prime example of what I have just stated as it calls upon the authority of the Scripture, in a foggy way as it does, to support the personal prejudices and resentments of the authors.
Thus, this whole document is unfair to the Bible and Jesus Christ to use their message and authority without humble yet thorough and thoughtful consideration. It is doubly unfair to use them as absolute prescriptive and proscriptive answers for human culture and behavior thousands of years later.

We do not use the Bible and divine authority, as much as we value them, to inform our understanding of physics, mathematics, biology, geology, astronomy or any other science. In the same way it would have been futile to use the Bible as direct model for our social structures such as the forms of government, jurisprudence, racial or international relationships, organization of work, healthcare, or as the statement does, to model for us our gender identities or family structures. To do such things (albeit selectively) betrays a fundamental misunderstanding of the function and the role of religion and religious texts in our faith and the life of society. The Nashville Statement does not reveal anything about divine will, it only betrays prejudices of its authors.