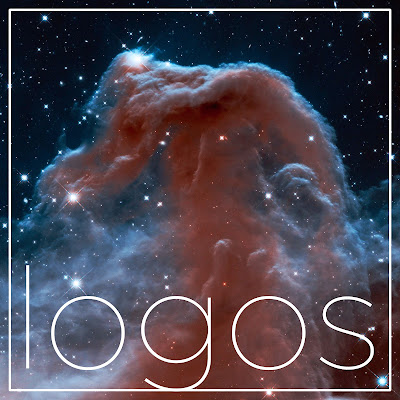 In the beginning was the Word,
and the Word was with God,
and the Word was God.
This is the first verse from the gospel of John. An opening of a famous hymn to the divine Word. Some think it was originally a gnostic poem. Some others consider it to be a beautiful philosophical poem. It is also a beautiful creation story, New Testament creation story.
What is translated in our bibles as "the Word" was in the original Greek text ὁ λόγος. Proper translation is "the word". But I believe that in this case it should be just transliterated as LOGOS. Why should it be transliterated and not translated? Because Ο ΛΟΓΟΣ was such a potent term in the Greek and Hellenistic mythology and philosophy that any translation would not do it justice. It should become a loanword.
Think about other loanwords, all of them can be properly translated but there is much to be desired!  TATTOO can be translated from Polynesian languages as “poked skin”. GEISHA is literally “an art person” in Japanese. UKULELE is “a jumping flea (instrument)” in Hawaiian language (because fingers pluck strings so quickly). CURRY is just a regular name for “a sauce” in Dravidian Tamil and ZEITGEIST translates from German rather spookily as “time ghost”
If we want to understand more fully this beautiful biblical poem from the beginning of the gospel of John, LOGOS cannot equal THE WORD no matter how much we embellish it and load it with meaning. Just like curry is not another sauce and when I play the ukulele I do not play a jumping flea.

In Advent 2019 I prepared with Peter Rinaldi these podcasts (Part of our ReligioSanity channel - We primarily upload to SoundCloud but our podcasts can be found also on Apple Podcast and other platforms.)
We always closed ourselves in the Rutgers Presbyterian Library and chatted about Advent and Christmas traditions but mainly about biblical and theological conundrums and provocative questions swirling about these preeminent religious holidays.

These are some toothbrushes confiscated by the “Homeland Security Agency” from the refugees crossing the US southern border. They were collected and photographed by Tom Kiefer when he worked as a janitor at the Border Patrol prison.
This picture gives me chills. You need to understand that I was born and grew up in the Czech Republic under Russian occupation. Until recently I had occasional nightmares of living again behind border walls and electric fences and under the dark shadow of malevolent secret police.
At that time toothbrushes and prisons had a special significance for us. It started with Vaclav Havel and other dissidents and opposition leaders. They could be picked up from streets and arrested at any time and put in prison without their families or anyone knowing for days. So they started to carry their toothbrushes with them just in case... Soon it became a coded saying. “I am taking my toothbrush with me.” It meant I am prepared to go to jail.
And here we are again! Loud, stupid, spiteful, chauvinistic propaganda with fences and walls on the border. Innocent people being put in jails, their families torn apart, children kept in cages, and even their toothbrushes being confiscated! Why? For what reasons? Just to be mean? Just to be even meaner than agents of totalitarianism?
Thankfully, there is good news in all of this. Occupation of my native home lasted for a long time, but eventually it ended exactly thirty years ago. Borders were demilitarized and those stupid border walls came tumbling down and fences were cut by the very dissidents who came almost directly from prisons to become presidents, prime ministers and secretaries of government. It felt like a miracle, but it was not coincidence, there is a deep, because divine, logic behind it.
The Christmas Gospel is bringing that message to us in this season. The abusive political power might look strong, but it does not have the ultimate word over our world. Join us this Sunday as we un-confiscate Christmas and seek hope for our world.

And by the way, I have no doubt at all that among those vilified desperate refugees, among those detained in cages and those whose toothbrushes are now confiscated are the future Vaclav Havels, Nelson Mandellas, leaders, politicians, scholars  or industrialists in our or their original countries. So watch out what you do to those least of these!
No comments: 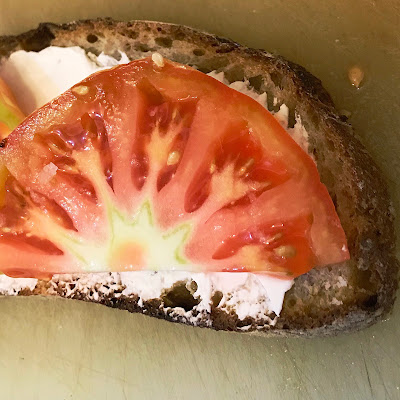 This Monday I was making myself a simple supper – a slice of a rye bread, smothering of a vegan cream cheese and a slice of an heirloom tomato with a sprinkle of a salt and right as I was about to take my dinner to the table I was caught by sheer surprise. The slice of tomato looked like a beautiful star! And in a moment it also tasted heavenly in all its simplicity of rustic rye bread, the intense fragrance of a ripe juicy tomato and a few crunchy flakes of salt which I gathered myself half a year ago by the ocean shore. I savored every bit of my meal – the sight, the texture, the fragrance, the taste. My simple meal was tastier and happier than any elaborated banquet.
This Second Sunday in Advent we will listen to John the Baptist. But before hearing any of his words we will hear the message through his dress code (coat of camel wool)  and diet (honey and locusts). He was an ascetic who was dressed and fed by divine providence yet in his time and place better than any royalty. Today we can translate his dress and diet into simple, locally sourced, sustainable, environmental, gentle living. That is and has been the model of divine providential care.
I believe that the message of the blessed simplicity is always important for us to hear, but it is especially inspiring in this Advent season, while we are attacked and lured from every angle by sirens of consumerism.
Join us to learn about and rejoice in the simple gifts.
No comments: