Dreams, hopes and aspirations can get crushed, but they never really go away! The divine spirit of peace and justice is unquenchable. A marvelous example of this reality is preserved in the place where people would least look for it, in the book of Revelation and in ancient Anatolia (today’s Turkey).
When in year 133 BCE the last king of Pergamon Atallus III bequeathed his kingdom to the Romans, a local man named Aristonicus claimed the throne and initiated an uprising of the surrounding population. Instead of being subjugated to the expanding Roman Empire as expendable serfs, Aristonicus promised to his follower citizenship in Heliopolis (city/state of Sun).
His movement attracted large following especially among peasant and urban poor in broader western and central Anatolia (modern day Turkey). But before they progressed in making their dreams reality, their experiment was crushed by Roman legions. Aristonicus was captured, paraded in Rome and executed by Roman Consul in 130 BCE.
It might appear that the dream of the Sun City was extinguished and completely forgotten. But two hundred years later it appeared again in the very same geographic area. Again it was associated with the Roman persecution of a social and religious movement, this time Christian. A dream of Heliopolis appeared again in a vision of the New Jerusalem basking in the direct and never-ending sunshine of the divine (there will be no night there).
The Revelation is probably the least understood of all the biblical writings. Fundamentalists of all different stripes take it literally and abuse it to instill fear. That is the very opposite of its original intention. The message intended to bring encouragement in the middle of persecution and an invitation to dream about an alternative, better, more harmonious sunshine divine world.
When people forget to dream, it is the most tragic thing that can happen. When they take the gray drudgery and often abusive reality of their everyday lives as the only possible and imaginable reality and option it is the saddest sight. The last two chapters of the Book of Revelation inspire and invite to dream. Come this Sunday to dream the Sun City dreams. 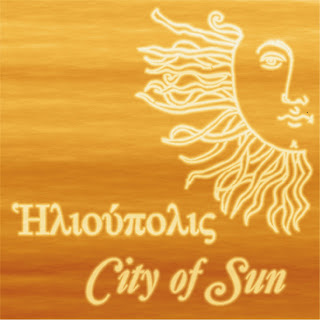