Would you like to see a three thousand year old religious shopping list? In translation it looks something like this:
And I would not bother you any longer; this particular cuneiform tablet with a list of sacrifices continues on and on. And there are many such lists known from all over the Ancient Near East. When I worked on my dissertation my wife jokingly called them divine shopping lists. I admit that very few people can get excited about texts like this. But all of us can learn something interesting and important from them about the origins and nature of our own religion.
These ancient temple sacrifices were not only religious rituals, they also played an important social function. Hardly anyone can imagine that the gods of Ugarit (in this particular polytheistic example) or YHWH in Jerusalem with similar feasts, could possibly consume all that meat even if they were helped by all the temple priests and clergy. In a Mediterranean climate and without refrigeration those mountains of meat had to be consumed fast. Social hierarchy certainly governed the customs of who got what, but the meat was widely distributed and shared with the entire population of the city, the rich and the poor. In short, religious feasts played important nutritional function for the entire society.
Ancient worship was not any individualistic religious experience or a form of spiritual entertainment. Worship meant sacrifices and thus sharing food. It was ordered by God and supervised by priests and customs. Those long lists of sacrifices were in fact divine shopping lists providing food for everyone and especially for the poor. Sacrifices meant society-wide sharing - now think how far we got with our spiritualized, individualized religions! And that is why Mahatma Gandhi listed worship without sacrifice as one of the seven blunders of the world. Come this Sunday to seek how we can again reconnect our worship and our lives with true sacrifices, care for others and move our faith beyond spiritual entertainment. 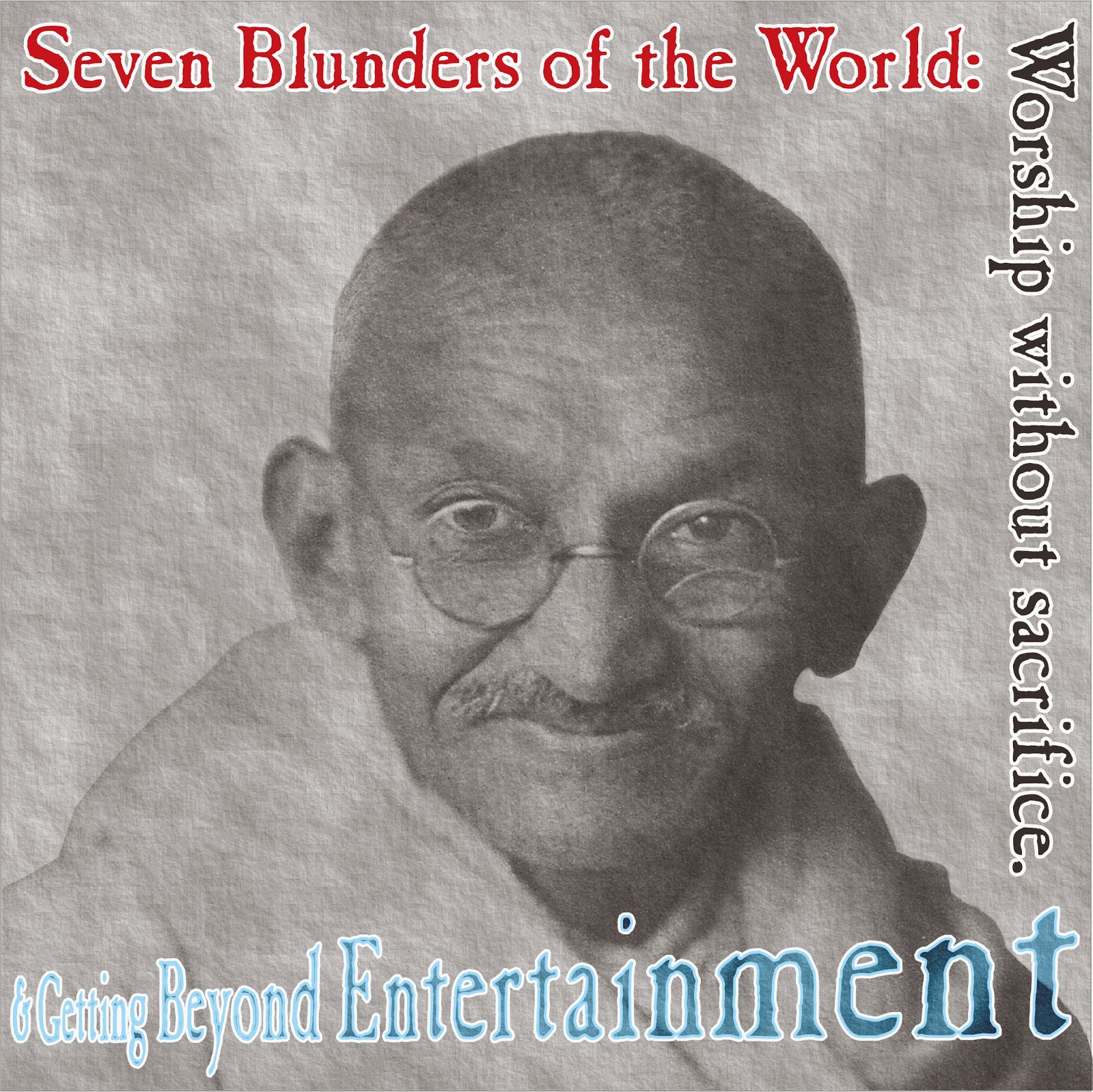 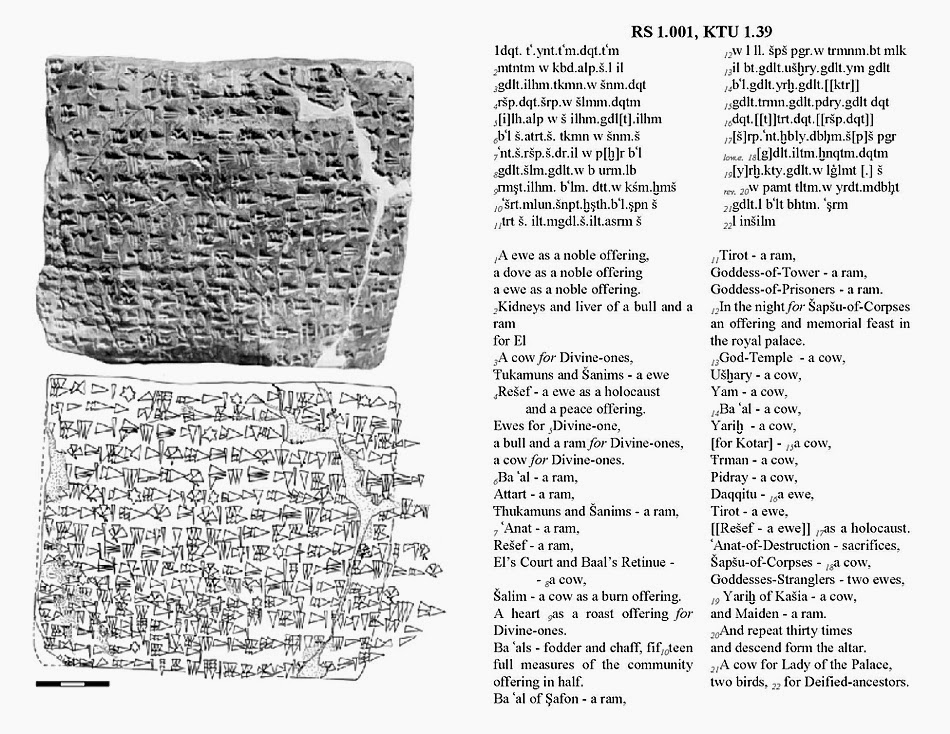 This is actually the very first cuneiform tablet discovered at the tell Rash Shamra (Ugarit) on Tuesday, May 14, 1929. At the time of discovery it was the first cuneiform text of any nature in the Levant and both its cuneiform script and language were then unknown. The tablet is now referred to as RS 1-001 or KTU 1.39.
The text is of a technical, religious-administrative nature and very difficult to categorize further. Some scholars interpret it as ritual instructions for an unknown feast, while others see it as a record of actual sacrifices. Linguists, anthropologists, theologians, and scholars of ancient religions learn from these technical texts the vocabulary of sacrifices, orthography of divinities, their geographic distribution, and attempt to discern the everyday(real) form of religious practice, which could be quite different from the form preserved in myths and other literary texts. (The religious text of Christianity is the Bible, but thankfully our Sunday worship is quite different from anything described as worship in the Bible.)