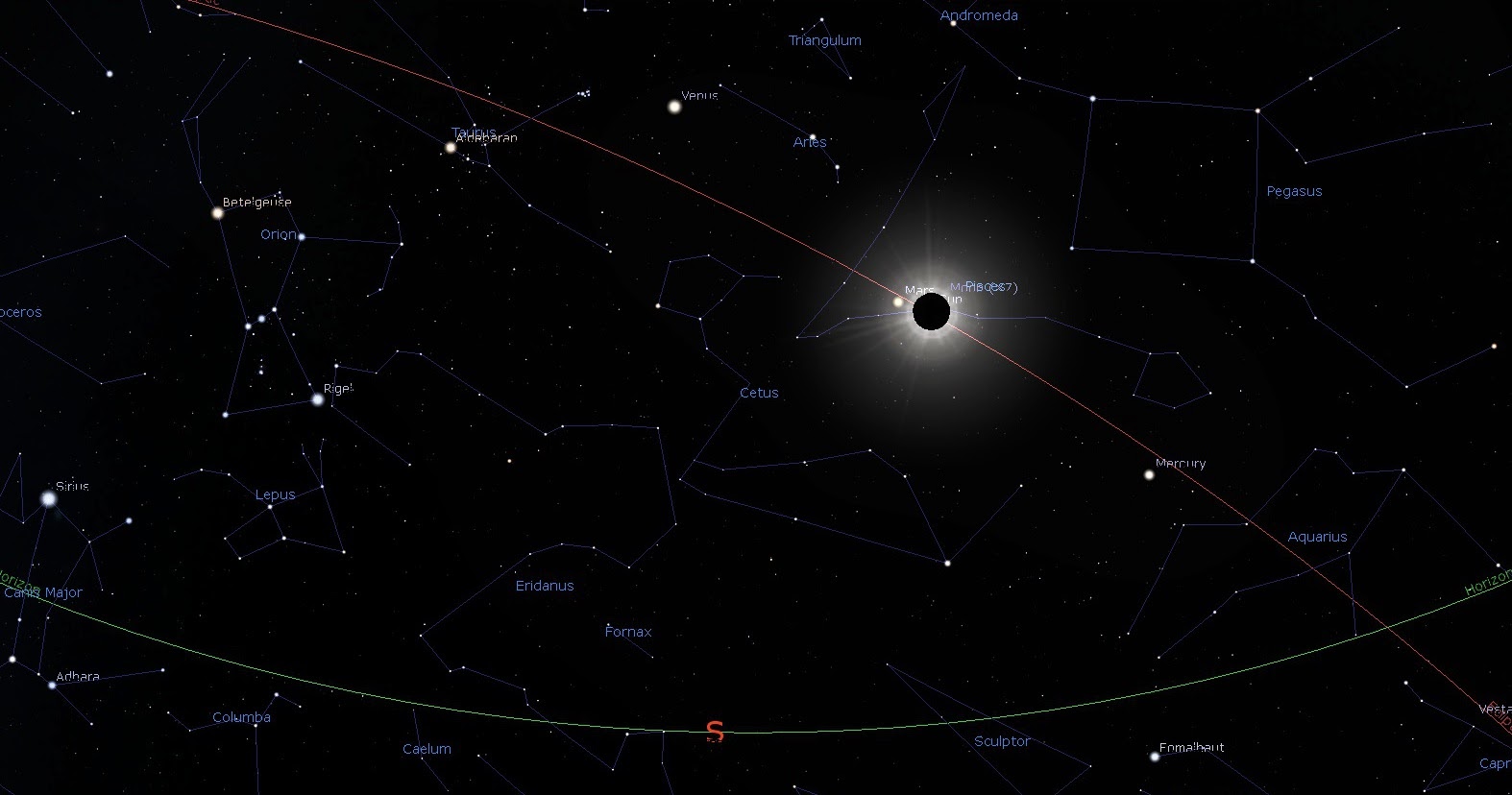 What is this? This is a computer recreated sky above the city of Ugarit (35° 36'N and 35° 47'E) exactly 3,237 years ago. In the early afternoon (11:20 UTC) on March 5th in year 1223 BCE a total solar eclipse took place and was recorded in a form of a short note on a clay tablet. That text (KTU 1:78) reads in translation: At six o’clock of the first day of (the month) Ḫiyaru, Sun disappeared. The doorman was Rešef. Haruspicium was performed. Be warned!

Hours were measured from sunrise to sunset and thus the "sixth hour" would correspond to early afternoon. Month Ḫiyaru was their 7th month from their New Year which was celebrated around the Autumn equinox - thus Ḫiyaru was roughly equivalent to the end of February and beginning of March. And indeed there was a solar eclipse over the northern Syria on March 5th, 1223 BCE in the early afternoon hours and the planet Mars (associated with god of war Rešef) was only 3.5 degree distant from the eclipsed Sun. Thus we also know that the eclipse was total - otherwise Mars would not be visible. This level of accuracy, exact observation location, and knowledge of totality, enabled astronomers to fine-tune rotational and orbit parameters of the Moon and Earth three thousand years back.

Haruspicium (divination from entrails of sacrificial animal) was standard divination procedure for important decision-making. Both eclipse in close conjunction with Mars and haruspicium gave substantial reason for caution. In a few decades (around year 1185 BCE) the city was sacked, abandoned and turned to heap of ruins until it was rediscovered in 1928-9.

Join us for the last two Lenten Lectures On March 11 and 18 to learn about Ugarit Mythology and Religion.