In those days a decree went out from Emperor Augustus that all the world should be registered. This first census took place when Quirinius was governor of Syria. All went to their own towns to be registered.... (Luke 2)

This is the story which for many of us unlocks Christmas. But already the 19th century theologians knew that this date introduction had serious historical and factual problems.

1) Emperor Augustus was known for getting his empire organized. There were even some censuses in different provinces. But there was never any decree coming from his court and certainly not about any universal or world-wide census during his reign.
2) Quirinius (in full name Consul Publius Sulpicius Quirinius) was indeed an efficient Roman civil servant. He even was a legate in Syria, but it happened at least a decade after the presumed dating in the Gospel. Jesus was most likely a teenager when Quirinius was governor of Syria.
3) The Roman administration as mentioned, did initiate registration of people, but they did it in their current residences, not in their ancestral homes.

So, Luke’s dating statements do not make much sense from an historical perspective. But Luke wrote them for some reason. In a situation like this, it can be helpful to translate, transplant or project such difficult or obscure text into our own context. And here is my attempt:

It happened when Trump has taxed the entire world while giving himself a big fat cut. It all took place when Chris Christie ruled over NJ and everyone was required to register with ICE (Immigration and Custom Enforcement).

Of course this is also an historically and factually inaccurate exaggeration. Nevertheless, you all instantly know what I am talking about, don’t you? It is about abuse of power, about unjust taxes, about people uprooted from their homes to homelessness, about families torn apart by abusive bureaucrats, about poor and little people who suffer most...
And this was Luke’s intention. This way he conveyed to us the setting, the context into which Jesus was born, the very context into which God sent us the divine  flash of hope. While the abusive and the powerful engage in their "things", a fragile yet resilient and resistant hope is being born. We all are invited to join and rejoice in this divine newborn hope. 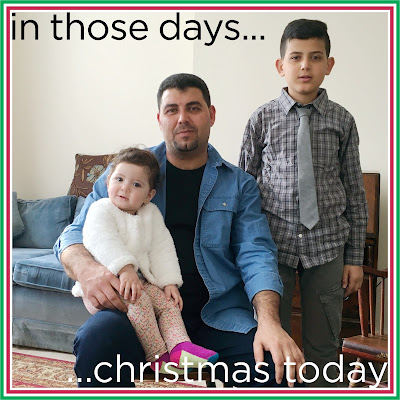 Any game-winning is more based mostly on luck than your ability. With a long-term 99% return on some video poker games, a couple of of} complimentary items can show a private profit for players. Sometimes, it’s the one way they can win greater than they put into the machine. Because of this, casinos often reduce the player club points earned for taking part in} video poker relative to taking part in} slots. If you’re lucky enough to have that successful hand, you’ll have a bankroll that mere mortals would solely dare dream. The house edge for this paytable is 먹튀프렌즈 a minute 0.46%- the lowest of all on line casino games.