In Pursuit of Justice 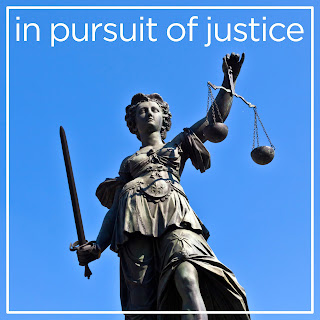 I used to have a problem with the American concept of justice. So often justice was presented as consisting in retribution and vengeance, concentrating primarily on punishing perpetrators and not enough rehabilitating them or restoring harmony among victims an society.
After the horrendous tragedy in Parkland Florida I realised that at least part of American society, its young people, is able to get over the curse of retributive justice and envision and demand a higher concept of justice, which is often called restorative justice. Children and young people are more mature than many adults. They are not distracted with howling for blood, they stay focused on asking and demanding solutions.
That is the original ancient concept of justice. For instance, in the Bible, Greek justice, DIKĒ, was defined as what was customary, balanced and harmonious. Hebrew justice TSADAQAH was what was right, legitimate, lawful, a state of harmony and social health.
Moreover, Hebrew justice is described as flowing like rivers, springing like water, and like rain in a parched land. Imagine an arid or semiarid Middle Eastern land and you understand that Hebrew justice is not about punishment but about bringing and restoring life.
This Sunday we will hear a parable in which Jesus encourages us, his disciples, to seek this salvific, redemptive, restorative justice and never give up.

If two players name 'banco' every bets half the bank, one on every hand. If more than two players name 'banco', the two who're earliest in counter-clockwise order have priority. A participant who loses a 'banco' wager can name 'banco suivi', claiming priority to play for the bank again in the next coup, to attempt to win back the loss. Players on either side of the table can 토토사이트 shuffle the deck again. However the banker has the proper to shuffle the playing cards final, and to supply the playing cards to any participant or spectator to chop.