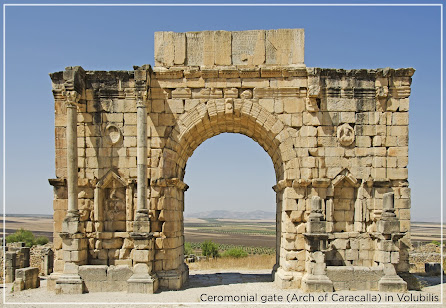 Enter through the narrow gate;

for the gate is wide and the road is easy

that leads to destruction,

and there are many who take it.

For the gate is narrow and the road is hard

that leads to life,

and there are few who find it.

Gospel of Matthew (7:13-14 quoted here from NRSV) preserved for us this saying of Jesus with clear signs of Semitic parallelism. Gospel of Luke has an abbreviated version (13:24). It is therefore highly probable that this logion was preserved in the Q source (A presupposed Early Christian collection of Jesus’ logia).

Often it is being interpreted along the lines of Christian ethical or moral exclusivism. I would like to suggest a different reading based on the historical context and how ancient city gates and roads were built and how they functioned.

The Hellenistic walled cities, and sometimes even cities without walls, had what can be described as a ceremonial gate - a main entrance to the polis which was used for different processions and for welcoming dignitaries and imperial or royal messengers. This main ceremonial gate was built on a main road leading to the city. Besides this main entrance, the city often had several side entrances connecting it to the countryside either in the form of postern gates, if the city was walled, or just streets extending to surrounding farmland.

A network of the Roman imperial roads is not necessary to introduce. Romans inherited and perfected earlier similar networks which were built by preceding empires (Hellenistic kingdoms, as well as Persian and Assyrian empires). It is also well understood that these imperial roads were built for easier and more efficient administration but primarily for military purposes of communication and easier movement of armies. On the other hand local roads were formed by local communities to serve their immediate needs of local commerce and farming.

Based upon these observations I would like to offer my dynamic equivalence translation of this logion:

are built for armies and lead to destruction.

But the narrow gate and the twisty roads

are for civilians and lead to life.

This reading (interpretation) clearly goes beyond the narrow moralistic exclusivism and offer richer and deeper context, anti-imperial outlook, and theology which fits well with the rest of Jesus’ message.