When we say these days that something is automatic we probably imagine some mechanical contraption or a behaviour which is certain and predictable. But this association of automatic with machines is relatively recent, 200 or maximum 300 years.

When the ancient people spoke about automatic they meant something completely different. The Septuagint, the Greek translation of the Hebrew Bible as well as the New 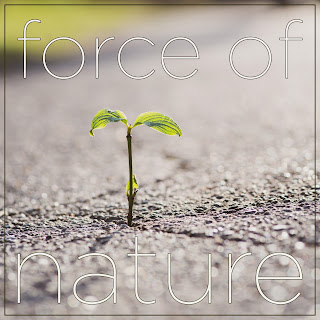 Testament and even Jesus in one of his parables spoke about automatic behaviour and they did not mean any mechanical contraptions.
AUTOMATOS (Αυτοματος) in the Greek literally meant “to act on its own inner volition, by its own inner desire, simply self-willing.” Automata acted without clear or obvious reason or causation by themselves and from within. The ancient automaton was not any dull machine performing mechanically preset commands. In certain sense all creatures including humans could be called automata when they acted on their own and without commands or obvious causation, when their actions were coming from the inner mental space and independent, free will.
Thus, when Jesus, just like the Old Testament spoke about the Earth automatically growing and producing crop - they actually assigned to the Earth this inner mental space, its own agency and even its independent and free will. Quite a radical idea and something you might not know about the Bible.

And you can join us in worship this Sunday in celebrating the divine gift of life which is the ultimate force of nature.