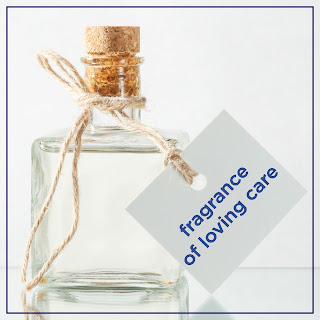 It is a sign of biblical literacy, if not basic cultural competence, to know that “Christ” was not Jesus’ second name nor his surname. Children in the Sunday School learn that Christ is from the Greek word χριστὸς and itself is a translation of Hebrew word Messiah מָשִׁיחַ and in both cases the meaning is “The anointed one”. And they also learn that anointing was an Ancient Near Eastern act of promoting persons to some high offices, to priesthood, kingship, occasionally to a role of prophet. Thus sur-name “Christ” is in fact an honorific title. Our modern theology and liturgy tries to highlight this original meaning by using expression "Jesus the Christ".
Nevertheless, the New testament writings and the Early Christianity were fully immersed in the Hellenistic Greek Culture and in it the inaugural anointing was not widely used and known. And thus already from the later parts of the New Testament onward the title Christ lost the meaning of an honorific title and started to function as a second name, it became part of a holy name (nomen sacrum).
And this early (biblical) onset of pious ignorance is something you might not know about the New Testament Bible.

I mentioned that the Hebrew word messiah מָשִׁיחַ was an honorific title indicating that the person was inaugurated into some higher-ranking position by the act of anointing - pouring fragrant oil over them. Kings, priests and prophets were called anointed.

But the act of religious anointing (root משׁח) was not reserved for people alone. Religiously anointed were also the temple furniture (ark, lampstand, incense table, utensils) even the sanctuary/tabernacle itself. Anointing was a religious ritual consecrating objects or people as holy, setting them apart for special religious functions.

Anointing was in fact a liturgically enacted metaphor with several interconnected meanings.

Oils have preservative faculties that slow down rusting or rotting - thus anointing visualized and represented this desire to forestall decay. Before the invention of soap, oils played an important role in personal hygiene (rubbing oils on skin and scraping off dirt) - thus anointing was associated with cleanliness. Oils and ointments especially infused with herbs are used until now in medicine - thus anointing represented this desire to protect the health of the anointed. Oils infused with herbs were also used as perfumes, covering or repelling unpleasant odors. Here you need to understand that in ancient times it was about more than just cosmetics. Demons were believed to reek - thus anointing actualized repelling demons.

Anointing was associated with preservation, cleanliness, health and repelling of demons, it was in fact apotropaic magic - a high brow religious ritual to set objects or persons apart and to express desire in protecting them from evil influences.

And this deep apotropaic function of anointing is something you might not know about the Bible (biblical religion).

And here is a YouTube video of the sermon: Fragrance of Loving Care.