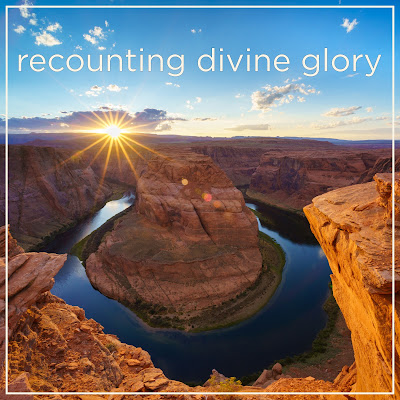 This Sunday is the first in the season of Lent. This year we will follow our Presbyterian devotional called “Awaking to God’s Beauty” and the Book of Psalms will be our guide.

At first, people worshiped under the open skies, in some nice or special places; in a holy grove, by a brook, at a spring, or on a special hill or a mountain.
Soon after, people erected a stela or created a stone circle, built an altar. Those were the beginnings of the first shrines which later grew into temples.
Those ancient temple complexes were still built and decorated and organized as sacred models of the world, informed by the local mythological cosmology.
In the center was the holy of holies, a divine habitation, surrounded with a place restricted only for priests, then a space for the local devotees and finally for anyone else. Basins and pools represented oceans, large pillars were mountains upon which the sky rested and columns stood for tall and splendid trees (especially their capitals preserved that notion). Some of this architectural cosmology is present in cathedrals till this day.
Over time the divine became more and more confounded into the walls of temples, cathedrals and churches or even worse hidden in a transcendent distance. On this first Sunday in Lent the 19th Psalm will encourage us again to return back to nature and to open our eyes and all our senses to the divine beauty all around us. Come and join us in the worship.