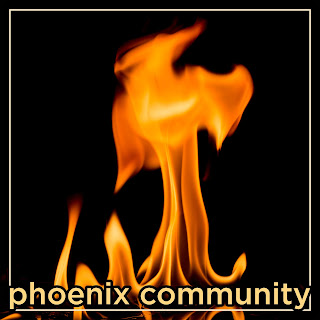 Our subject today is a creature whose mythic origins are obscure in the thick mist of religious history.  It is a mythical and mystical creature proverbial for its extreme longevity but irrespective of its extreme great age not at all frail and decrepit because it is endowed with an uncanny ability of periodical rejuvenation.
Every five hundred years or so the story goes this creature builds a nest of fragrant spices in which it closes itself and dies only to be reborn. Sometimes it is described as being reborn in flames, sometimes even as rising from still glowing embers. You probably guessed by now that I am talking about the Phoenix – that ancient mythical bird associated with Sun and elemental fire.
The Bible mentions quite a number of mythical beasts, fiery serpents like Nehushtan, dangerous mega-beasts like Behemoth, dragon-like monsters like Leviathan. And in this mythical biblical bestiary there is also one unique but quite clear allusion to the phoenix in the Book of Job.

And that is something you might not know about the bible.

And this biblical-mythical Phoenix is a marvelous and hopeful image for us this Pentecost Sunday just as we are slowly emerging from the trials and tribulations of the past year and half. Join us in worship if you can.

Dear Father Ondrej:
This teaching revitalizes the spirit in us, as we over-identify with our aging bodies,forgetting the ever continuous nature of the spirit within.
Warmest Regards, Jeremy Stevenson Taylor and Agus 'Bagus' Suryanto (Ubud, Bali, Indonesia. You married us on 27 April 2013 in your Sanctuary at the suggestion of two of your parishioners, Wendy Landers Lee (friend) and Edward Bruce Stevenson (cousin and friend)

Dear Jeremy and Agus, so lovely to hear from you! I think of you often with thankfulness. Recently I was helping my original European denomination to embrace LGBTQ marriages and weddings and I mentioned you as bright example. Grace, Peace and Joy.