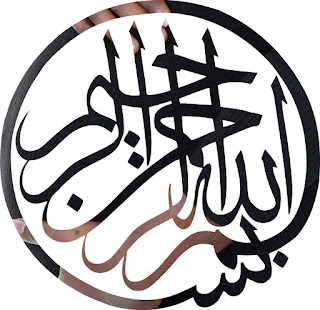 The Bible has a similar, almost identical way of speaking about the LORD. “Gracious and Merciful LORD, slow to anger and big in love.” (חַנּוּן וְרַחוּם יְהוָה אֶרֶךְ אַפַּיִם וּגְדָל־חָסֶד)

At the center of both Hebrew and Arabic expressions is the word translated to English as “Merciful” and both in Arabic and Hebrew this word is closely associated with the root rḥm expressing gentleness and softness and word reḥem - רֶחֶם (Raḥim in Arabic) which means the womb.

Thus when Al Quran or the Bible speak about the Merciful God, when Jews, Christians and Muslims appeal to divine mercy we all appeal to the motherly, tender, love of God.

And that is something you might not know about God in Abrahamic religions and about Semitic languages.

But this expression of divine tender love can be traced even further beyond this mere metonymy of tender love an womb.  There are archaic biblical passages clearly hinting a possibility that Hebrew God actually was perceived as having a womb and giving birth to his people. I talked about it in a videoblog a few months ago.

It is absolutely appropriate for the people of faith to worship "God our mother". And on this Mother’s day Sunday we will do just that - rejoice in Motherly love of our God.