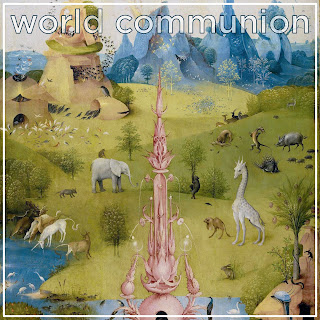 In the Acts of Apostles (chapter 17) we read about Apostle Paul preaching in Athens on Areopagus. Well, it is not really his sermon. Evangelist Luke wrote it, following the well- established custom of Hellenistic historiographers. They would simply make up speeches they considered appropriate for the occasion and their characters. So in this sermon we have what evangelist Luke thought that Paul would preach. Thus it is our window to the early Christian homiletic (preaching at the time of Luke).
The opening part of that sermon is a beautiful New Testament creation story. It talks about God creating the world and everything in it, giving life and breath to all living creatures, and creating all peoples from one ancestor, and allotting them their space and time.
Then the sermon makes a reference to a classical poet whom we now know was legendary Epimenides. This quotation hints the mystic panentheism - that God and creation overlap, “in God we live and move and have our being.”
When the biblical creation story is mentioned people usually think only about the book of Genesis and its well-known creation in six days. Here you have a beautiful little gem - a New Testament Creation story in addition deeply influenced by Classical Greek philosophy.
And this New Testament Creation Story is something you might not know about the Bible.

Now let us look closer at Epimenides. The quotation in the Acts of the Apostles, in what is supposed to be Paul’s sermon but we know was written by evangelist Luke - this is not the only time this legendary Cretan philosopher was quoted approvingly in the Bible.

Epimenides is not named but is being quoted in the letter to Titus (1:12). It is a letter supposedly written by Paul but it was certainly not written by him. It was written together with the other pastoral epistles (1st and 2nd Timothy) about a generation or two after Paul.

I cannot stress enough how unusual that is! To have a Greek philosopher quoted in the Bible. And in addition it is the same Greek philosopher or more precisely this semi-legendary pagan prophet. And it is in the documents written at the similar time and both pretending to be written or spoken by Paul.

What a strange coincidence! It can certainly suggest that pastoral epistles (1&2Timoty and Titus) and the writings of Evangelist Luke (his gospel and the Acts) might share some common background, if not outright the same author’s hand. And this strange closeness of evangelist Luke and Pastoral epistles is another thing you might not know about the bible.