A substantial part of the Bible, especially the Hebrew Testament, was written much much later than many people are made to believe. That is to say, it is much younger than it pretends to be. The ubiquitous anachronisms are tale-tale signs.

What is an anachronism? If I told you that on my last visit to my European homeland I saw the King of Prague you would know that something was up, that I was pulling your leg or I had lost all my marbles. The Czech Republic is not a kingdom and there has never been any king of Prague. It would be like saying the Queen of London or the King of Stockholm.

We read something similar in the book of Jonah about the king of Nineveh. There was never a king of Nineveh! It was always a king of Assyria. Perhaps, it might be a king IN Nineveh, but that is not what is in the Bible.

More over the Assyrian Empire had a number of capitals. Nineveh was perhaps the best known capital of the Neo Assyrian empire, but the dates simply don’t fit even if we take seriously the dates of legendary Jonah. It does not fit by about 100 years.

And so the King of Nineveh in the book of Jonah might sound plausible on the surface, but when you look closer it is all an inaccurate anachronism because the Book of Jonah was written hundreds and hundreds of years later and for other purpouse than history.

Jonah was clearly written as a parody or satire book. It is even possible that these anachronisms were part of its satirical aim (like for instance our spoofs about The Manhattan Gospel of Henry Rutgers). But primarily, the book of Jonah was written to ridicule and thus to provide a balance to chauvinism and religious intolerance of its time and of such biblical books like Ezra, Nehemia or Ester.

Jonah is a comedy book with a serious purpose - supporting a tolerant, unbiased, cosmopolitan outlook. And that is something you might not know about the Bible. 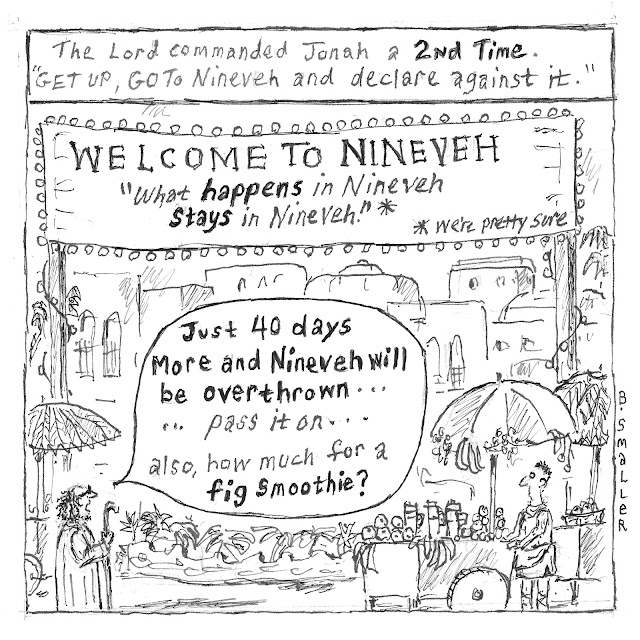