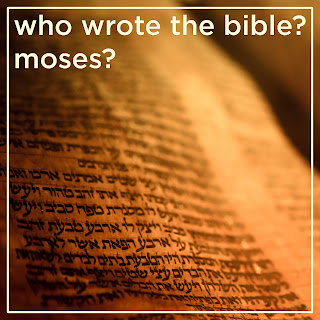 I hear Moses in Attic. Well, more precisely, I hear Moses speaking Attic. And I do not mean he was a rich New Yorker living in a penthouse or a poor student in a mansard apartment. I mean Attic in the sense of the Classical Greek language, culture and influence.
It has been a known and well established fact for centuries that the Hebrew Bible is full of anachronisms. Those are historical and geographical realities which simply do not fit the period into which they are being cast (like Jonah meeting the king of Nineveh or Abraham having camels). But very often they do not fit even the period in which they were supposedly being written down. And so the location name “Ur of Chaldeans” could not possibly be given by Judean exiles in Babylon, they would know it was nonsense.
Well, Five books of Moses were written in Hebrew, just like lion share of the Hebrew Bible (not counting a few chapters in Aramaic).  But in their final form they came into existence and were greatly influenced by the Greek culture. The entire idea of writing a history points towards the specific period when it became “a thing”.  This desire to write history came around the time of Herodotus and not much earlier. Before that, there were monumental inscriptions, royal annals and heroic legends, but not concerted attempts on writing a narrative history.
That brings me to even a stronger argument of the literary genre. The narrative genre of these writings is important and greatly revealing. Homer wrote epic poetry while Herodotus or Xenophon wrote in prose. Ugaritic legends of King Keret or Danel were all written in epic poetry while Books of Moses are predominantly written in a narrative prose. Biblical prose is the biggest anachronism of all biblical anachronisms, staring right into our face and thus almost invisible. Biblical prose is but unique and unexplainable unless we date it to a different epoch.
Both the desire to write a history and the style in which it is being accomplished point towards the late classical and early Hellenistic period and towards Greek cultural and intellectual influences. And thus, the Books of Moses were written in Hebrew all right, but I hear them speaking Attic in respect of their period and culture.
This is a relatively new and still developing biblical scholarship called Copenhagen or Scandinavian School. And thus it is quite likely something you might not know about the Bible.

Come this Sunday to rejoice in transformative and liberating consequences of these new theological developments.

- - - - - - - - - - -
Occasionally there are questions about the academic sources of claims made in these blogs. I decided to list some of the sources.
Did Moses Speak Attic (Jewish Historiography and Scripture in the Hellenistic Period) Edited by Lester L. Grabbe, Sheffield 2001.