Jonah and the Very Hungry Caterpillar

Just imagine for a moment this purely hypothetical scenario:

Imagine a person or persons who present themselves as deeply religious, who know all the right religious answers, and quote the Bible up and down, but strangely remain untouched by its spirit.

Imagine those who use religion to prop up all their resentments and prejudices, who are harsh and unforgiving towards others but love to play the victims, who on the surface might seem kind and caring, but they turn religion into a tool of vicious vindictiveness. Imagine those who are religiously self-righteous and thus unwilling and unable to change and to forgive.

Hard to imagine such a scenario, right? Very likely you never met such people, they probably do not exist. Such people do not rule many denominations and religious organizations. They do not use religion to scale to political power and when they attain that power, they do not want to pass harsh and harmful laws and they do not hide their racism behind a holy religious facade.

But just in the highly unlikely case that you are to meet them, what can you do? How to dissuade them from this hypocrisy and religious travesty?

You might not know it about the Bible but in the book of Jonah God treats this sick, sick, sick religion with humor and in the final chapter of that book God sends a very hungry caterpillar to gnaw holes into this bigoted, prejudiced, self righteous religion. That is our theme this Sunday. 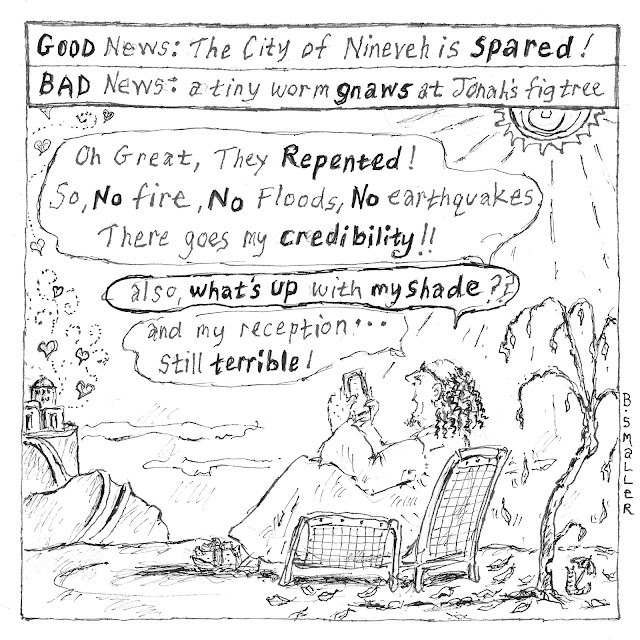